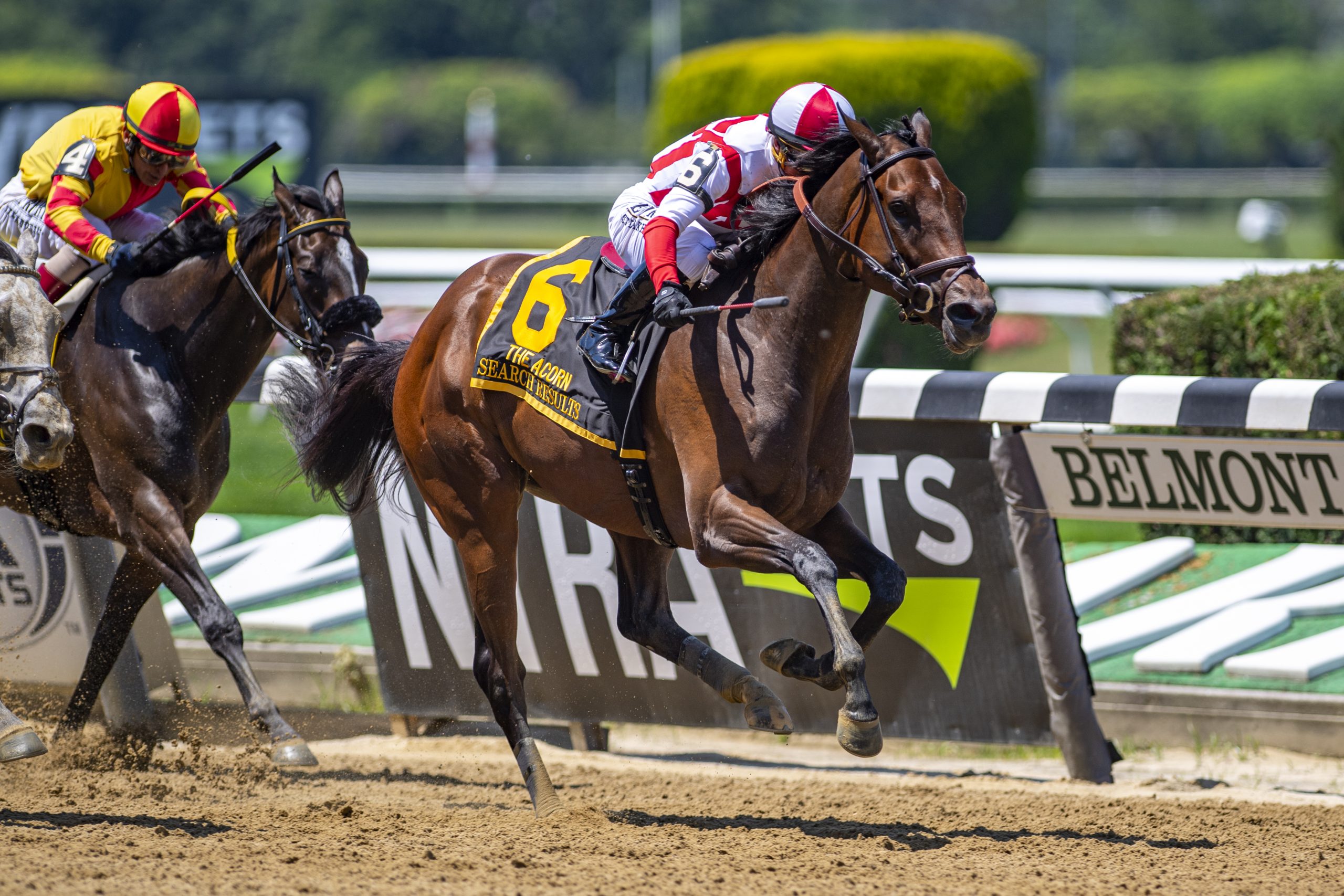 Just about two lengths off the leader in the one mile dirt race a few paths off the rail, jockey Javier Castellano clearly had plenty of horse under him. He let her creep up to the leading Dayoutoftheoffice around the turn and she was just behind that runner as they straightened into the stretch.

With just over a furlong left to run, Search Results had the lead and looked to be clearly the winner as she raced over a length ahead of everyone. Obligatory tried to make it a challenge for Search Results with a fast closing run but it was too little too late with Search Results in full stride and hitting the wire half a length in front of that runner.

“I’m just so proud of her to come back in five weeks after a real dog fight with Malathaat,” said trainer Chad Brown. To bounce right back and lay it on the line again, this filly has so much talent and so much heart. She’s a very rare kind of horse to have, and we’re so lucky to have her.”

This was the fourth win in five starts for Search Results , who has won three stakes in her career for $840,000 in earnings.

Bred by Machmer Hall and sold as a yearling for $310,000 at Keeneland September to Mike Ryan, the filly is owned by Klaravich Stables.

She is out of the Grade 3-placed Co Cola, who returned to FLATTER this year. That mare is a half-sister to Group 1-placed Kingdom Road. This is also the family of Canadian champion Kimchi and UAE champion Mind Your Biscuits.

Search Results is the second stakes winner in less than 24 hours for FLATTER after Plainsman’s win in the Jim Rasmussen last night.