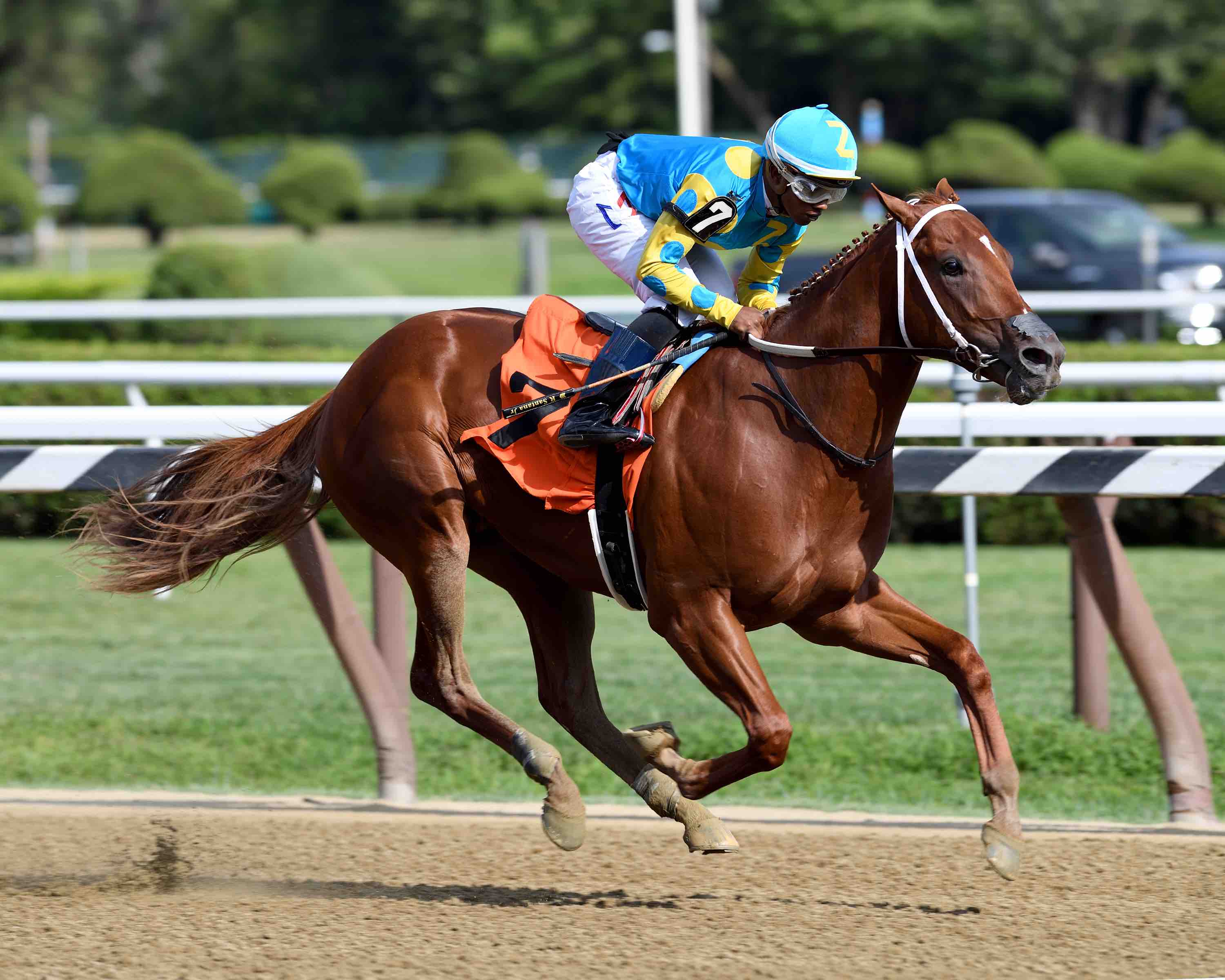 The race began with a seven-minute delay caused by a late scratch and a malfunction in stall five of the starting gate, which prompted the reorganization of the stall numbers. Gozilla broke in the air and brushed the side of his stall leaving the gate, but managed to find his stride and took control of the pace shortly after. Despite the eventful start of the race, Gozilla never seemed fazed, and his natural-born talent carried him the rest of the way around the storied New York oval. As jockey Ricardo Santana Jr. looked around for competition, the juvenile son of Flatter kicked clear from his foes, winning the race by an easy 4 1/2-lengths.

The 3-5 favorite in a field of nine, Gozilla won the $90,000 maiden special going 6 furlongs in 1:09.59. Trained by Steve Asmussen and owned by Zayat Stables, Gozilla was bred by Wildwood Farm & Indian Creek in Kentucky. Out of Stormy Atlantic mare Altantic Dream, Gozilla was sold at the OBS April 2-Year-Olds in Training Sale for $395,000.