Fashion Faux Pas scored her first stakes victory in style and became the 52nd stakes winner for her sire, Flatter, when she captured the Dec. 15 Sandpiper Stakes at Tampa Bay Downs for owners Denlea Park and Kent Spellman and trainer Arnaud Delacour. 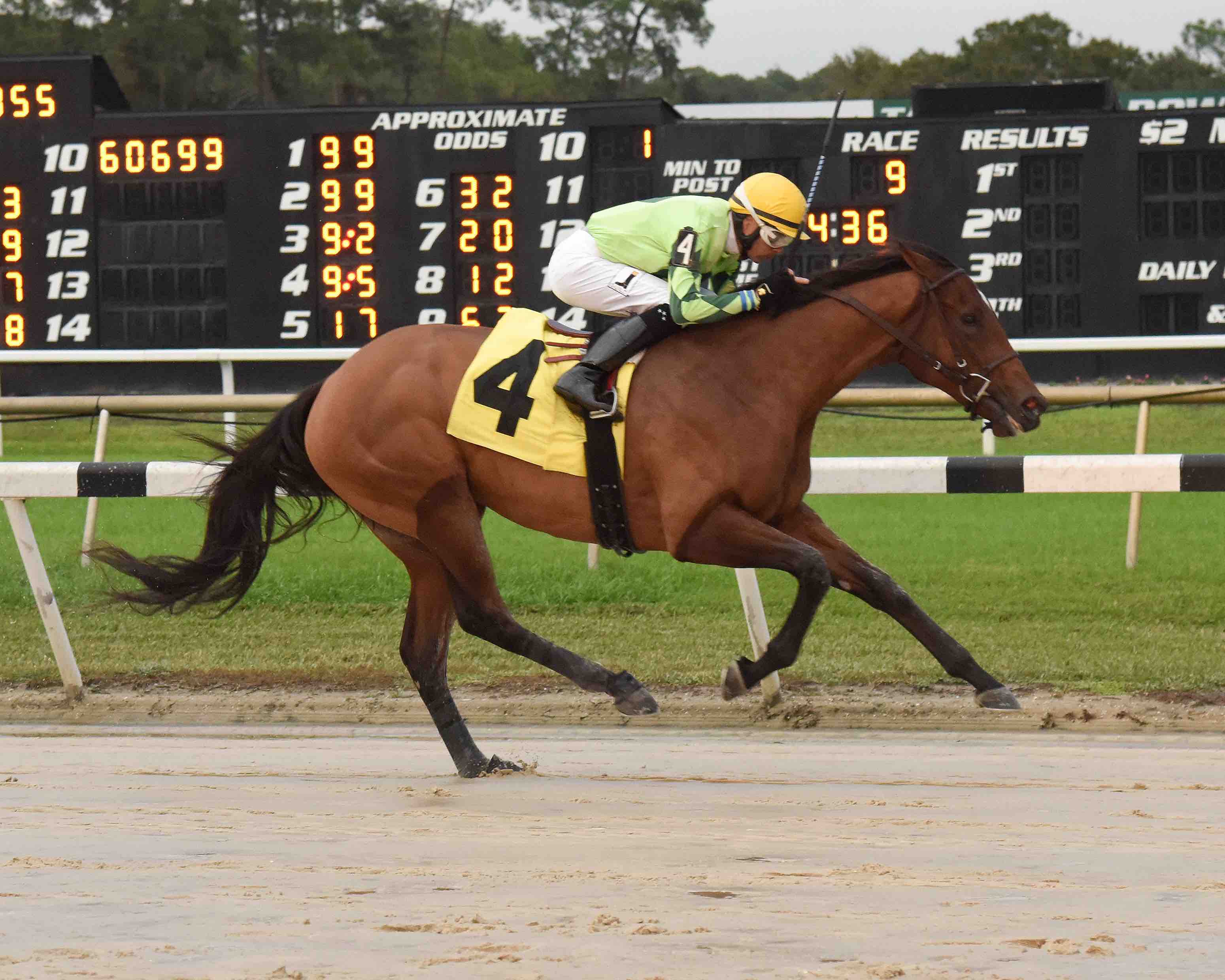 Fashion Faux Pas’ Sandpiper victory has ranked  Flatter first among all sires of 2-year-olds, with six juvenile stakes winners in 2018.

Fashion Faux Pas was bred, raised and sold as a yearling by Claiborne. She completed the six-furlong Sandpiper in 1:11.65 and is now two-for-three lifetime. She entered the race after breaking her maiden decisively by 5 ¾ lengths at Laurel Park Nov. 23.

“We were a little worried like everybody about racing in the slop, especially when you’ve never run on it,” Delacour said. “But we thought she could earn the lead because she has such a long stride and she could skip over it.

“Her main assets are her stride and her speed, so I didn’t think we would ride her any different than she was ridden last time. She got good position early, and (jockey) Danny (Centeno) gave her a breather (on the turn for home) and it worked out great,” Delacour said.

Centeno was concerned in the early going about Lovesick, who boasted two front-running victories from two starts, but Fashion Faux Pas was superior this day.

Delacour said he will let Fashion Faux Pas determine her next start. “If it looks like she needs a little more time off (than three weeks), she’ll get it. She deserves it,” he said.

Flatter is the sire of 52 stakes winners and six millionaires, including G1 winners West Coast (Champion 3-year-old Male), Flat Out, and Taris. Flatter’s yearling son out of the Curlin mare No Curfew topped the Fasig-Tipton July sale when he was bought for $520,000 by Al Rashid Stable from Lane’s End, agent. Flatter will stand the 2019 season for $40,000.