When Baby Nina proved victorious in the Miss Ohio Stakes at Thistledown over the weekend, she became the third juvenile stakes winner for Flatter in the month of July. La Fuerza won the Rockville Centre Stakes at Belmont on July 14, while Stifling took the My Dear Stakes at Woodbine on July 7. 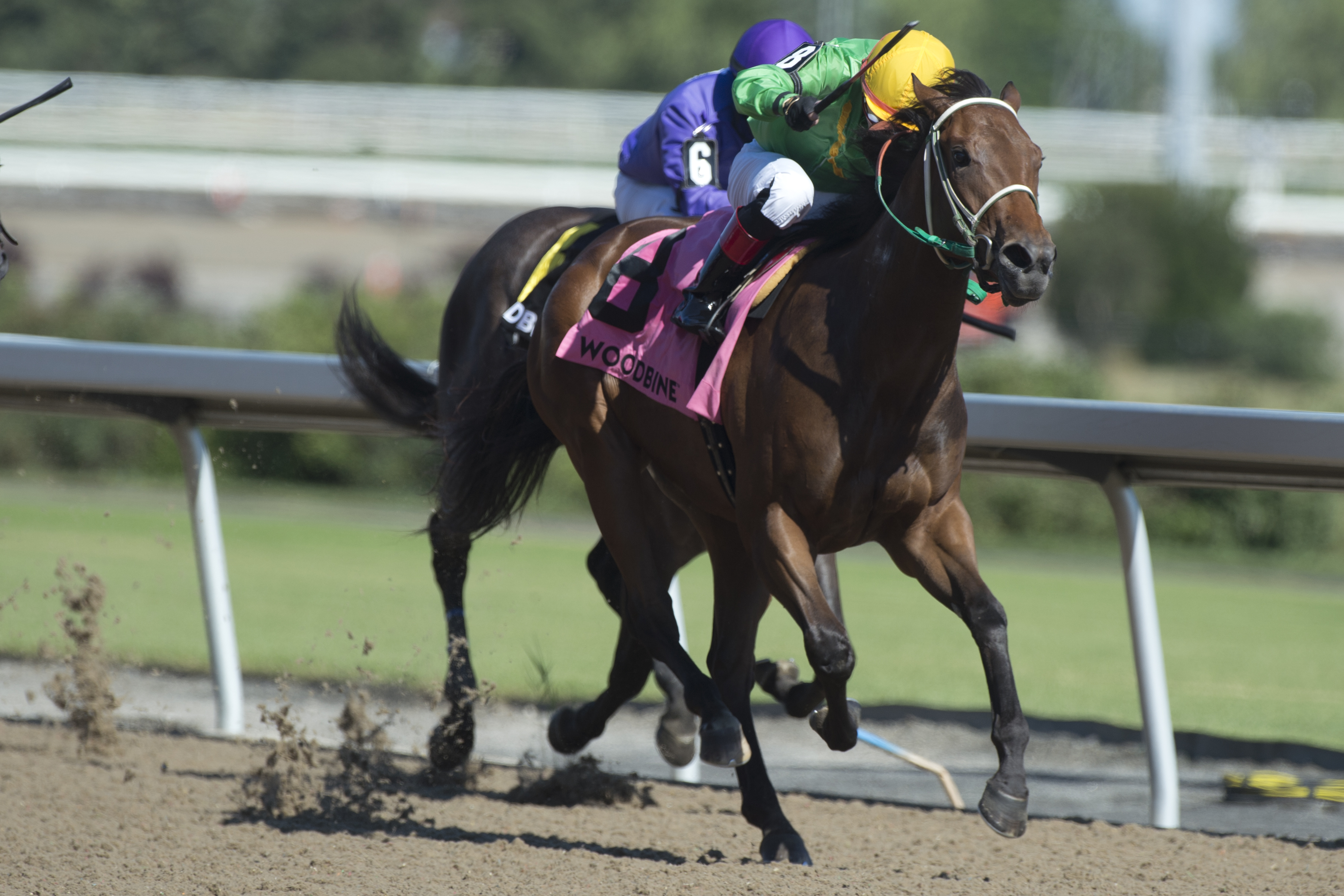 Baby Nina was making just her second career start in the Miss Ohio, but that didn’t stop her from making an impression. Jockey Scott Spieth piloted her to an eye-popping nine length victory.

Anthony Quartarolo trains the 2-year-old Flatter filly for Loooch Racing Stables, Inc., Raquel Ritchie, and Cristina Ritchie. A $120,000 purchase at the Fasig-Tipton New York Saratoga select yearling sale, Baby Nina was bred by James and Jane Fraser and is out of the More Than Ready mare Whitelacenpromises.

La Fuerza, meanwhile, broke his maiden at Belmont Park at first asking in June before stepping up to stakes company in the Rockville Centre. Sent off as the race favorite, the Flatter colt didn’t disappoint, as he drew off to a 4 ½ length victory to garner his first stakes victory.

Now a perfect two-for-two, La Fuerza is trained by Todd Pletcher and campaigned by Barry Schwartz. The colt is out of the winning Proud Citizen mare Jonata, who also raced for Schwartz.

Stifling kicked off Flatter’s streak with her game victory in the My Dear. Although she finished second by a head, she was awarded the win after the disqualification of My Gal Betty. Trained by John Bourke, Stifling had finished second in her racing debut at Woodbine in June before taking the My Dear.

Commonwealth New Era Racing purchased the Flatter filly from the Claiborne consignment during the 2017 Keeneland September yearling sale for $27,000, and she has already earned $55,149. Bred by Claiborne’s farm manager Bradley Purcell, Stifling is out of the winning War Front mare Speedy War.