Avie’s Flatter became the 50th stakes winner for Claiborne stallion Flatter when the juvenile colt cruised to an impressive 5 1/4-length victory in the Cup and Saucer Stakes at Woodbine. 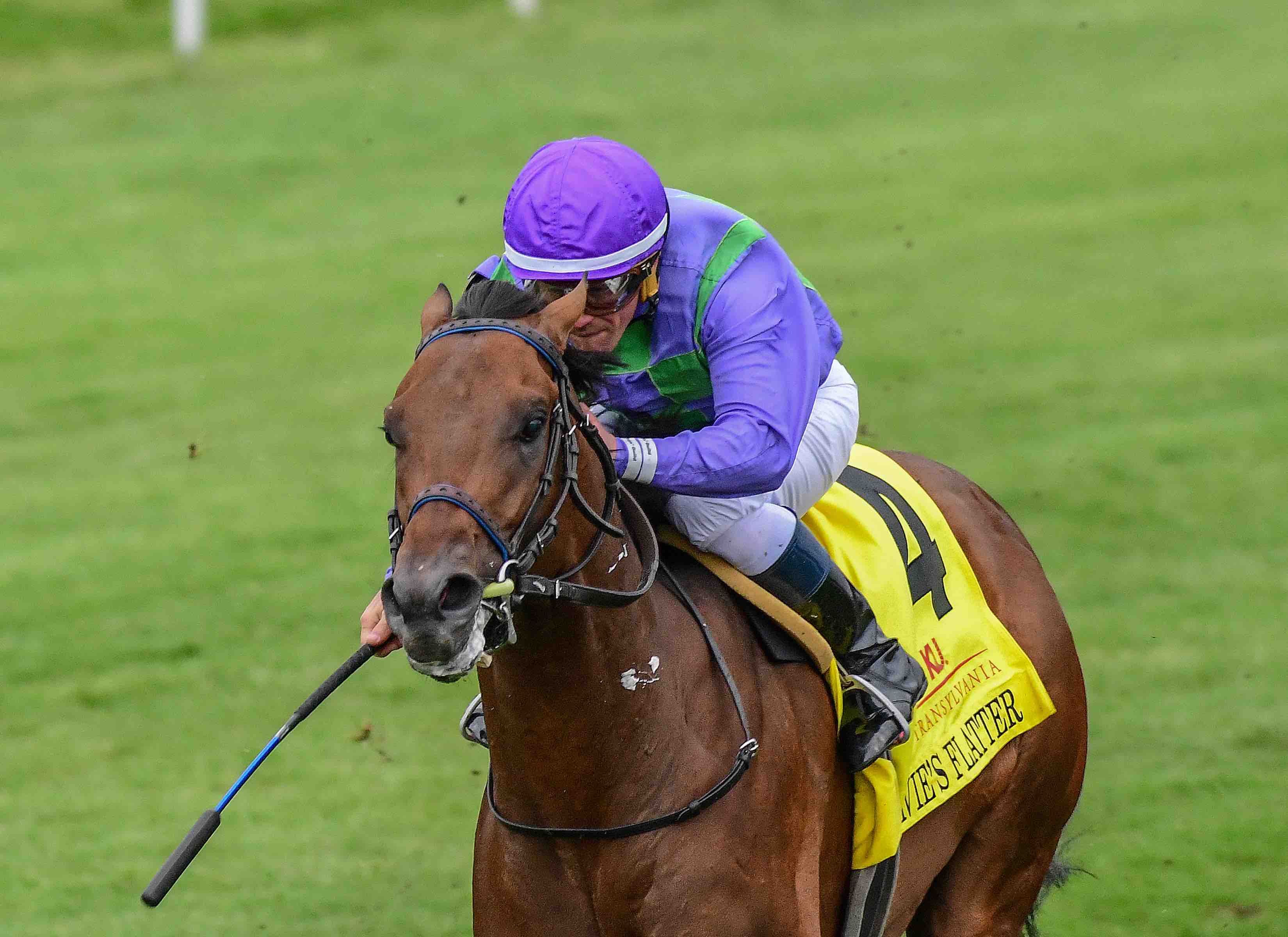 Avie’s Flatter took charge on the far turn and easily turned back a couple of challengers under regular rider Eurico Rosa da Silva. He completed the distance in 1:45.20 as the 9-5 favorite.

Josie Carroll, who conditions Avie’s Flatter for owner/breeder Ivan Dalos, admitted that she did not anticipate Avie’s Flatter being so prominent early in the race.

“I was very surprised to see him go to the lead, but then he got up there and he was so relaxed,” said Carroll. “His ears were pricked and I thought, obviously, (jockey) Eurico (Rosa Da Silva) knows what he’s got under him and hopefully there’s a enough horse to go on with.

“He seemed to handle the soft turf. You know, he had a tough trip in the race before and I think he got a lot of conditioning out of that, which made me a little more confident.”

Avie’s Flatter has now won two of his three starts, for earnings of $149,153. He came into the Cup and Saucer off a fourth in the G1 Summer Stakes.

Flatter is the sire of six millionaires, including G1 winners West Coast, Flat Out and Taris. In 2018, he is represented by G2 winner Economic Model, plus other stakes winners Jonata, Ring of Kerry, Your Love, Baby Nina, La Fuerza, Stifling, Sower. Flatter stands at Claiborne.