FIRST SAMURAI has a star in the making, in his undefeated juvenile filly Plum Ali. An impressive debut winner at Saratoga, she then took the lucrative Mint Juvenile Fillies Stakes at Kentucky Downs, before returning to New York to contest the Miss Grillo (G2) at Belmont Park. 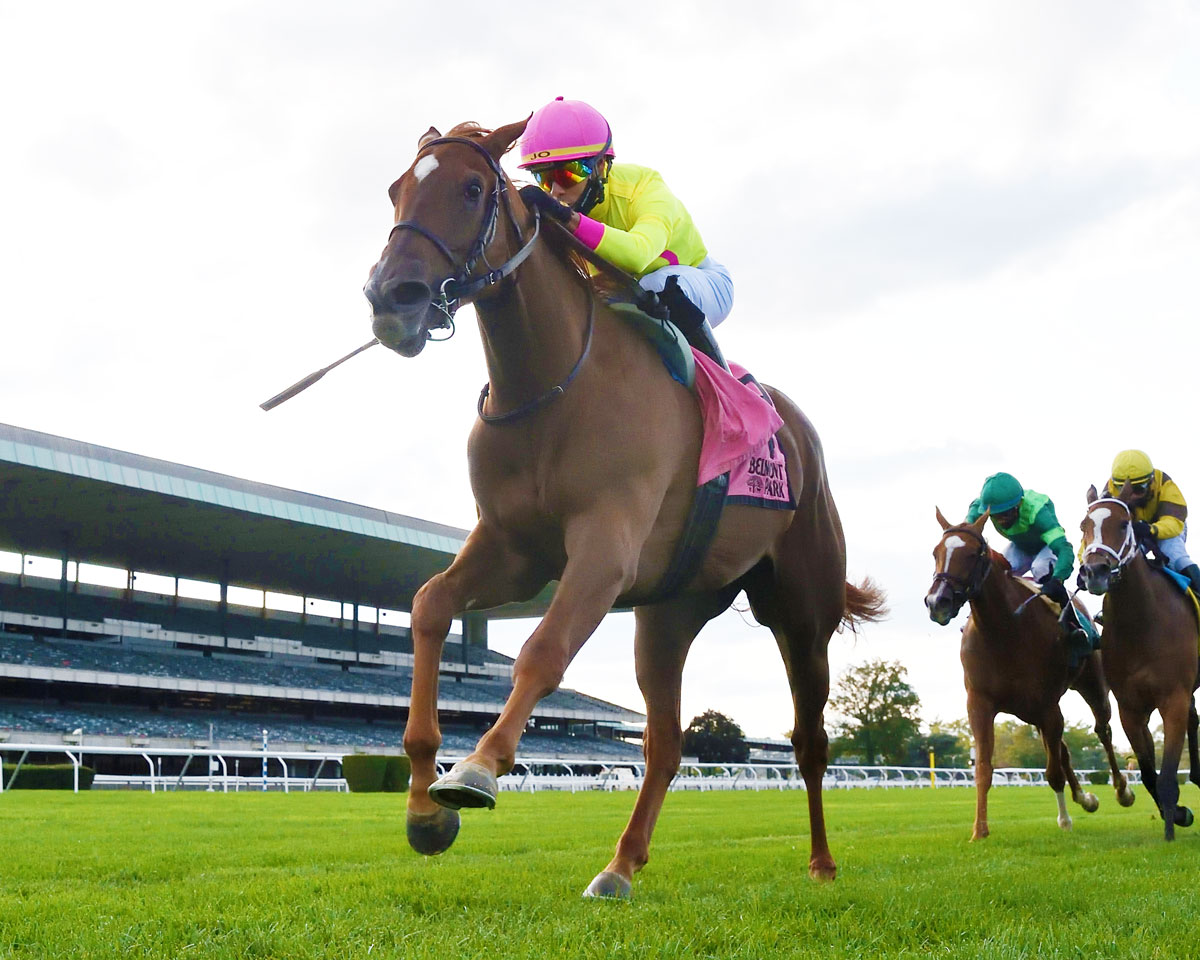 The Christophe Clement trainee began reserved towards the rear of the field under jockey Jose Ortiz. She narrowed the gap between calls on the backstretch, and continued to do so around the far turn on the inner turf course. She pulled within even terms with the front-running Caldee and forged to the front, shaking clear down the lane to win by over two lengths, completing the mile and sixteenth circuit in 1:42.03.

The filly by FIRST SAMURAI has now earned over $400,000 with three victories in just as many starts for owners Michael Dubb, Madaket Stables, and Bethlehem Stables. Bred in Kentucky by Stone Farm, she is the second foal out of the Stroll mare Skipping. She was purchased as a yearling at Keeneland September by Cromwell Bloodstock.