FIRST SAMURAI’s multiple Grade 1 placed daughter Tarabi had proved to be among the best of her generation last year and on the opening day at Saratoga, she finally earned her well deserved stakes victory in the Wilton Stakes. 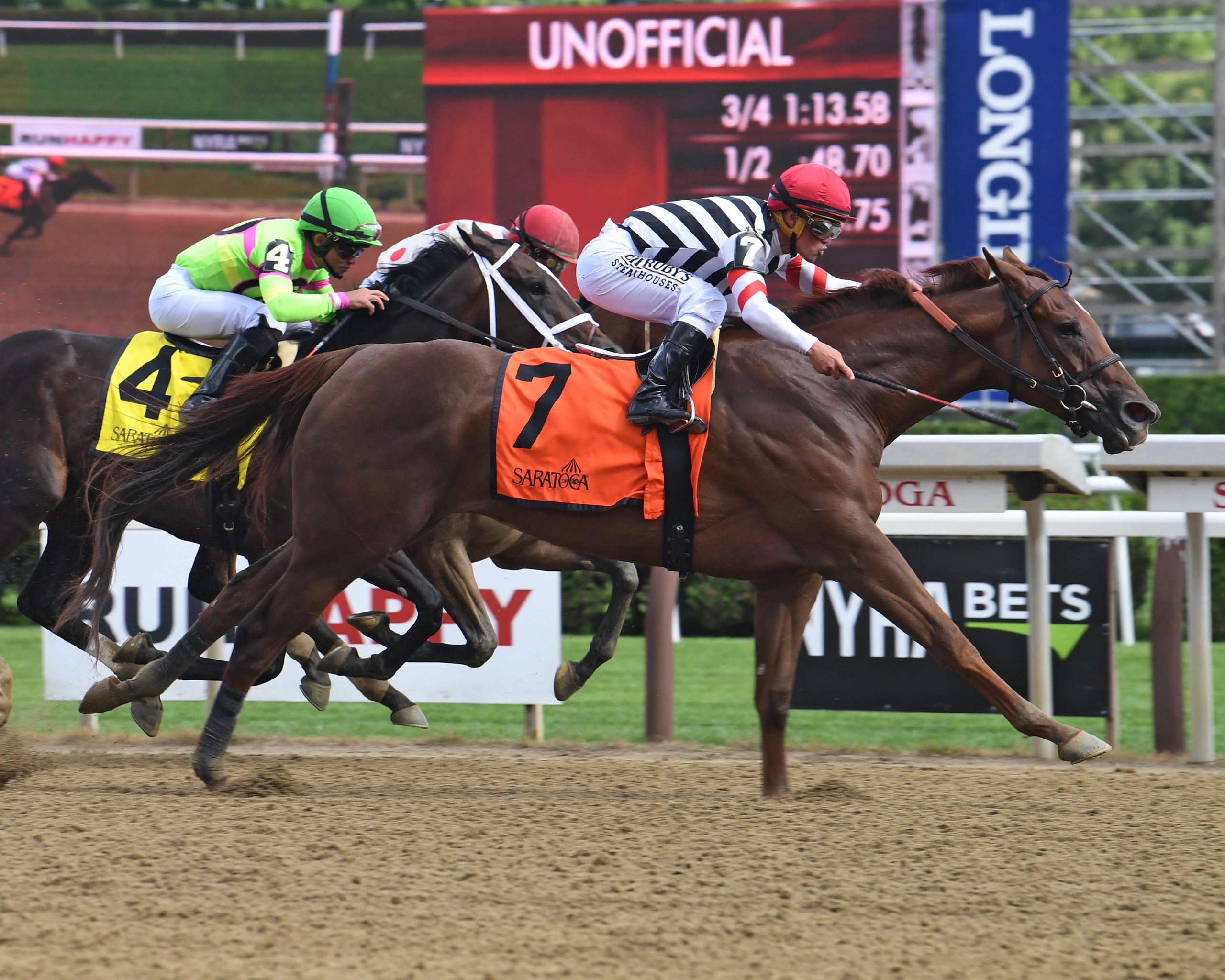 Tarabi immediately took up a spot in second as Angitude set the pace a few lengths in front. Entering the turn, Javier Castellano sent the race favorite after the leader and Tarabi had that one collared by the time they hit the stretch.

Tarabi had to work hard down the stretch but in the end, the FIRST SAMURARI filly had three quarters of a length on the field. It was her first stakes victory and third stakes top three after a second-place finish in last year’s Spinaway Stakes (G1) and a third in the Breeders’ Cup Juvenile Fillies (G1).

Cherie DeVaux trains the 3-year-old for LBD Stable, Manganaro Bloodstock and David Ingordo. She was purchased for $240,000 by Pilgrim Racing from breeder Hinkle Farms at the Keeneland September Yearling Sale.

“The Test (G1) is definitely what our goal would be so we’re going to have to shorten her back up, but she had a race over the track and she’s run two good races here. It gives you a lot of confidence to point towards a race like that,” DeVaux said of Tarabi’s future plans.