It was a Claiborne-sired exacta at Keeneland on Wednesday when FIRST SAMURAI’s Fire Sword was an all-the-way winner over RUNHAPPY’s Kinetic Sky in an Allowance Optional Claimer. 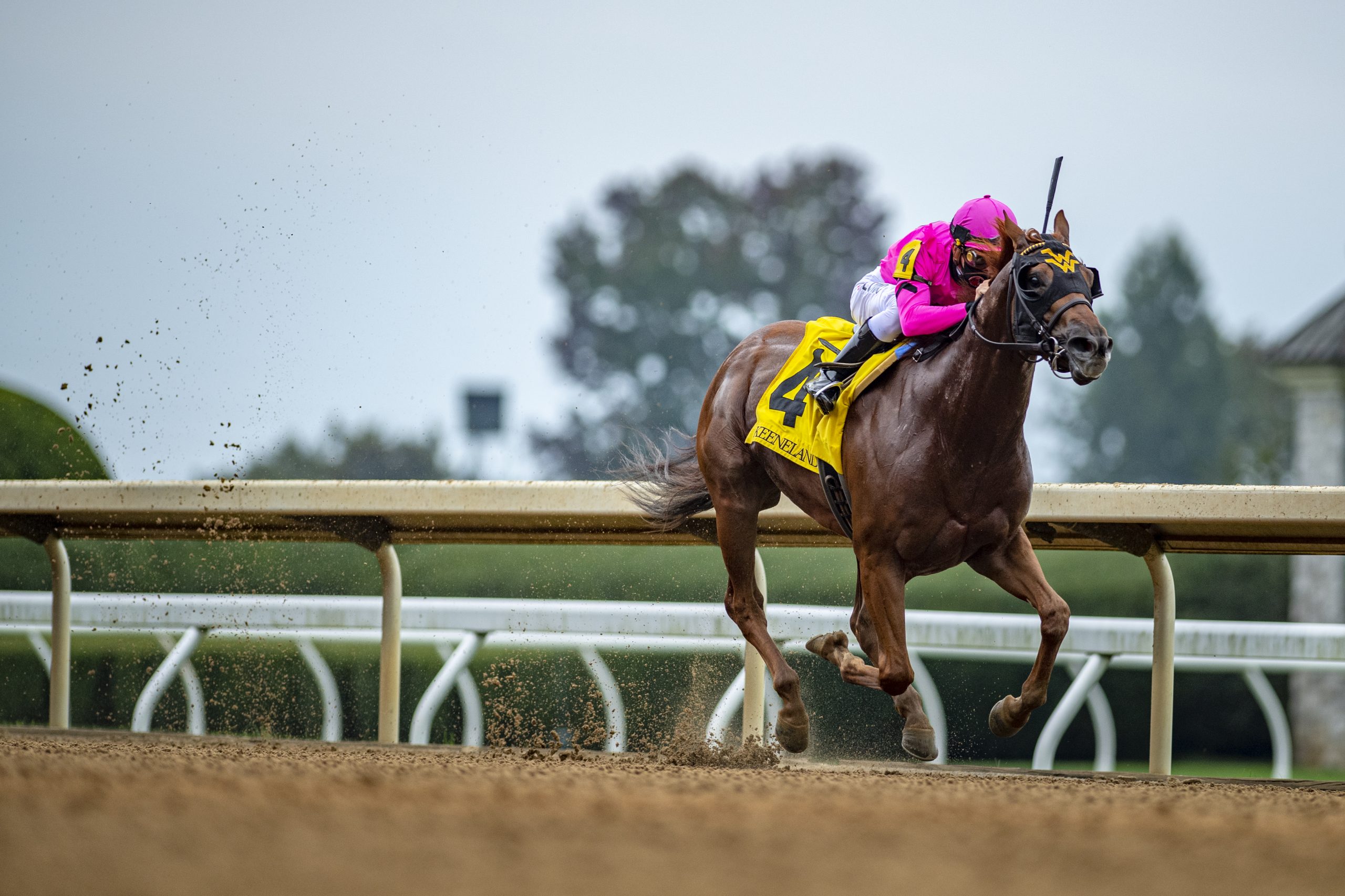 The Wesley Ward-trained Fire Sword took the lead quickly in the 6 ½ furlong dirt race and controlled the pace. While Fire Sword had a horse pressuring him from the start, Kinetic Sky spent the early part of the race watching the rest of the field from over five lengths behind the leader.

As they entered the final quarter, Fire Sword started pulling away from his rivals as Kinetic Sky also started making his move. There was no catching Fire Sword in the end as he spent the stretch building his lead but attention was on Kinetic Sky as that runner wove through the field to steal second by a head at the line 2 ¾ lengths behind FIRST SAMURAI’s winner.

Owned by Silverton Hill, the 3-year-old Fire Sword was bred by D. J. Stables and Joe Orseno out of Fiery Star.

That Elusive Quality mare was a three-time winner herself and is a 100% producer. She is a half-sister to stakes-paced Paddock Pick and Dypsy with Dypsy also producing multiple stakes winner Edwards Going Left and stakes-placed Harper’s Gallop.