Although unrelenting rain meant the Dixie Stakes (G3) at Pimlico came off the turf on Preakness day, it didn’t stop Fire Away from finding the winner’s circle. The 6-year-old son of War Front was sent off as the favorite and covered the 1 1/16 miles over the sloppy main track in 1:43.92. 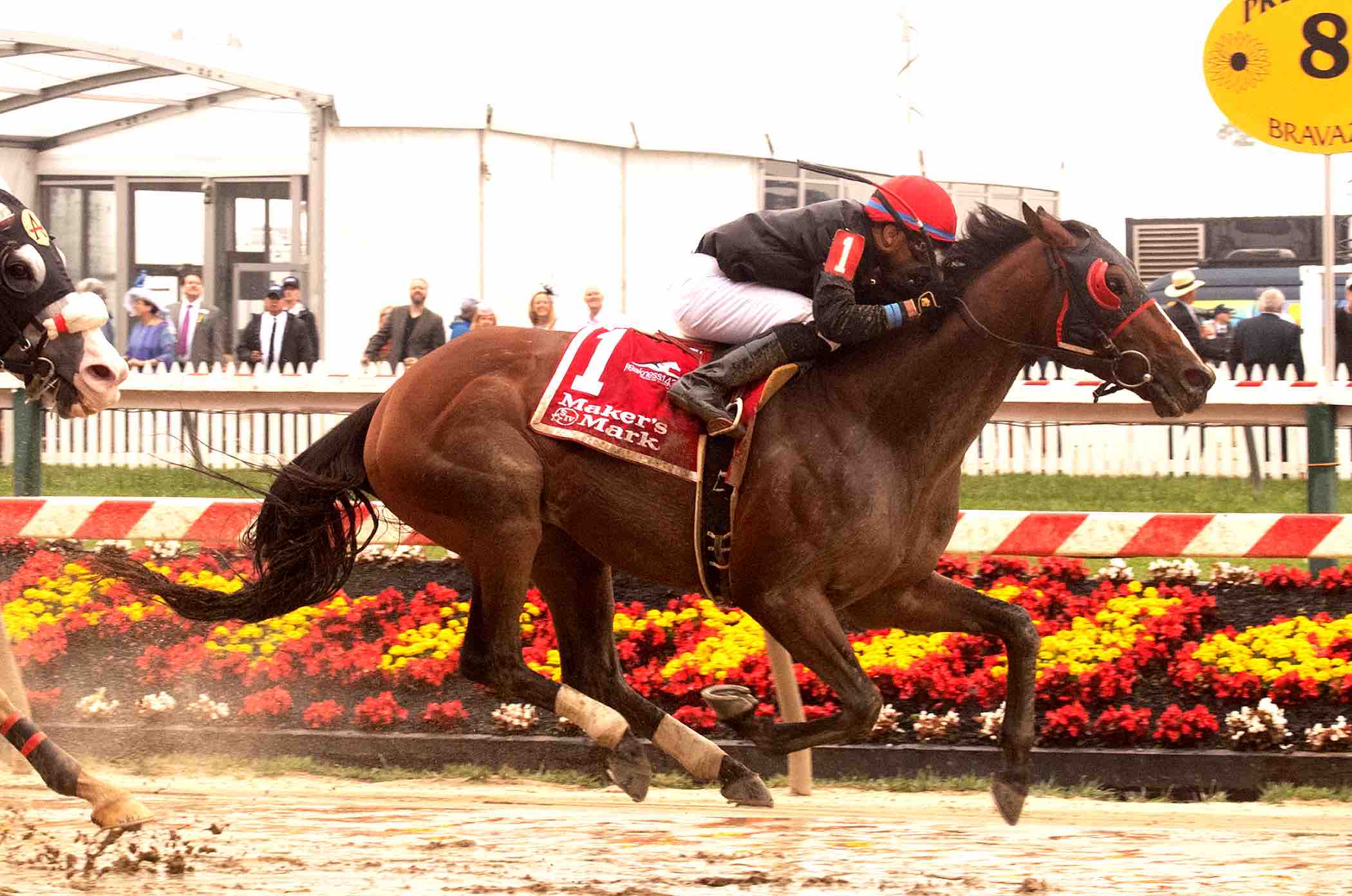 Content to sit off the leaders early, Fire Away bid for the lead inside the sixteenth pole and hit the wire three-quarters of a length in front.

“I just trusted my horse, and he responded,” said winning jockey Manny Franco. “This horse, when you start asking him, he gives it to you. I just tried to keep busy on him, and it worked out well.”

Shug McGaughey trains Fire Away, who races as a homebred for the Phipps Stable. The inclement weather wasn’t ideal, but Fire Away’s connections had faith he could handle the change of surface.

“The horse is doing unbelievably good,” said McGaughey’s assistant Robbie Medina. “We wanted to run on the grass, but he has Danzig on one side and Fappiano on the other, and the track is really tight. Shug and I talked and I said, ‘You know, he’ll probably like that track. In the morning, when the track is sealed, he likes it.’ He’s a different horse now that he’s six. He’s a lot stronger. So, we took a shot, and it worked out.”

Fire Away finished third in the Tampa Bay Stakes (G3) in February to kick off his 2018 campaign and came into the Dixie off of a win in the Danger’s Hour Stakes at Aqueduct. The Dixie was his first graded stakes score.

The Dixie is typically a Grade 2 race, but because it was moved from the turf to the dirt, it was automatically downgraded. An official review will take place to determine its final grade.

Out of the multiple graded stakes-placed Unbridled mare Salute, Fire Away is a fourth-generation homebred for the Phipps family. Salute, a daughter of the legendary Personal Ensign, is also the dam of Grade 1 winner Mr. Speaker, who is by the late Claiborne stallion Pulpit.