In his career debut, Explorer went to the lead early and never gave his competition the chance to catch up. The 3-year-old Orb colt set a swift pace and crossed the wire four lengths in front of Flagstaff, who hails from the family of champion Fleet Indian. 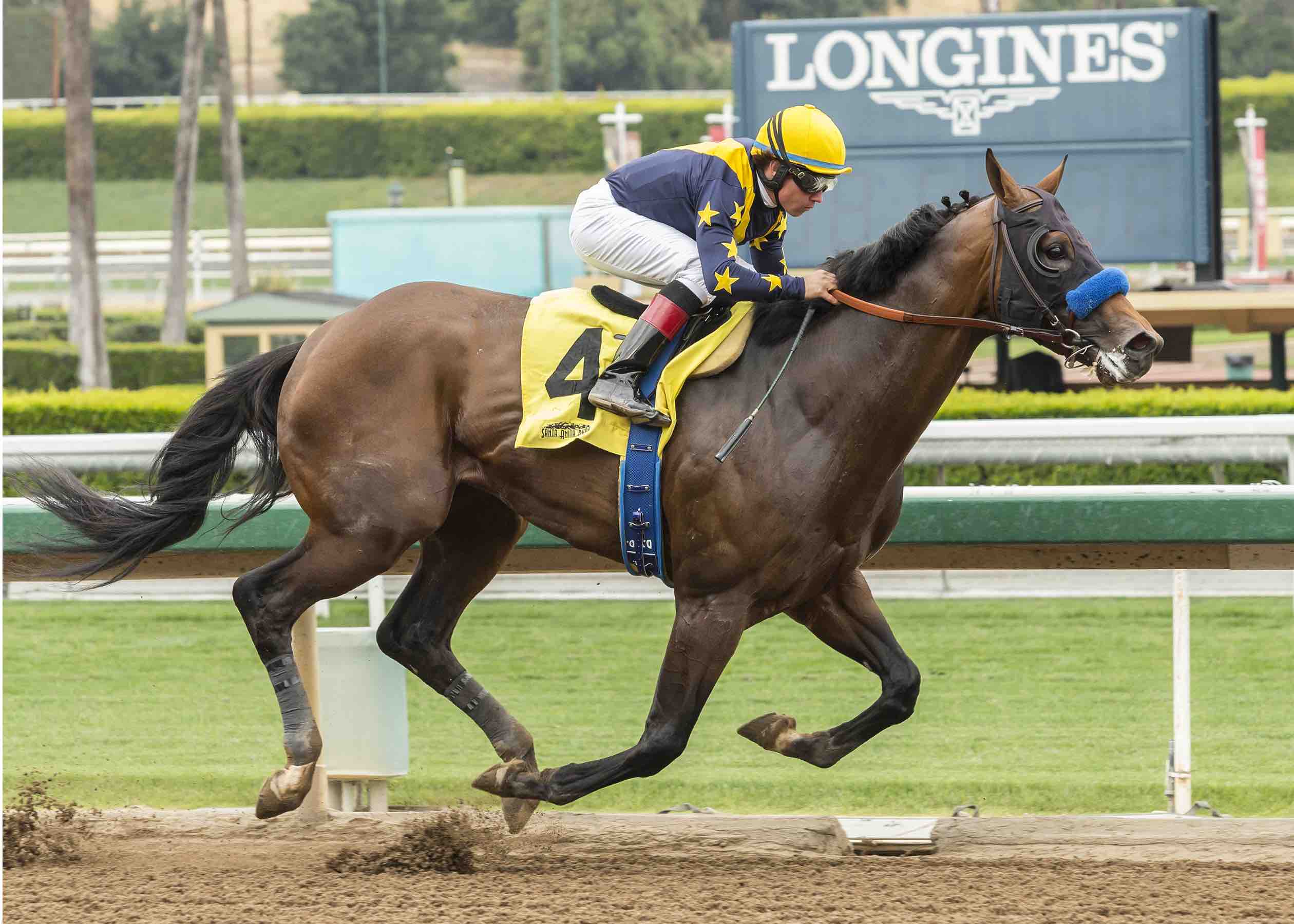 Owned by LNJ Foxwoods and NK Racing, Explorer set fractions of :21.85, :45.28, and :57.55 before completing the six furlong contest in 1:10. 48. Drayden Van Dyke was aboard the Bob Baffert trainee, who was deemed a “TDN Rising Star” after his performance.

Expectations have always been high for Explorer, who was sent off as the favorite in the 10 horse field. As a yearling, he fetched $350,000 at the Keeneland September sale, and last year, he was the second-highest priced juvenile at the OBS March 2-year-olds in training sale, when he sold for $1.25 million after breezing in :10 flat.

Explorer is out of the unraced Phipps-bred Remember, a daughter of Grade 1-placed Dancinginmydreams. Remember is also the dam of fellow TDN Rising Star Wrath of Ruthie.

Orb was also represented over the weekend by Wellwest, who gamely won a maiden special weight at Gulfstream Park in his seasonal debut. A $270,000 yearling purchase, Wellwest is from the family of millionaire Fit for a Queen and races for Zoom and Fish Stable Inc. and Charlie Spiring.