Economic Model proved his worth in the Hal’s Hope Stakes (G3) at Gulfstream Park, as he posted a 1 ¾ length victory over betting favorite Irish War Cry. Although previously Grade 1-placed, it was the son of Flatter’s first graded stakes score. 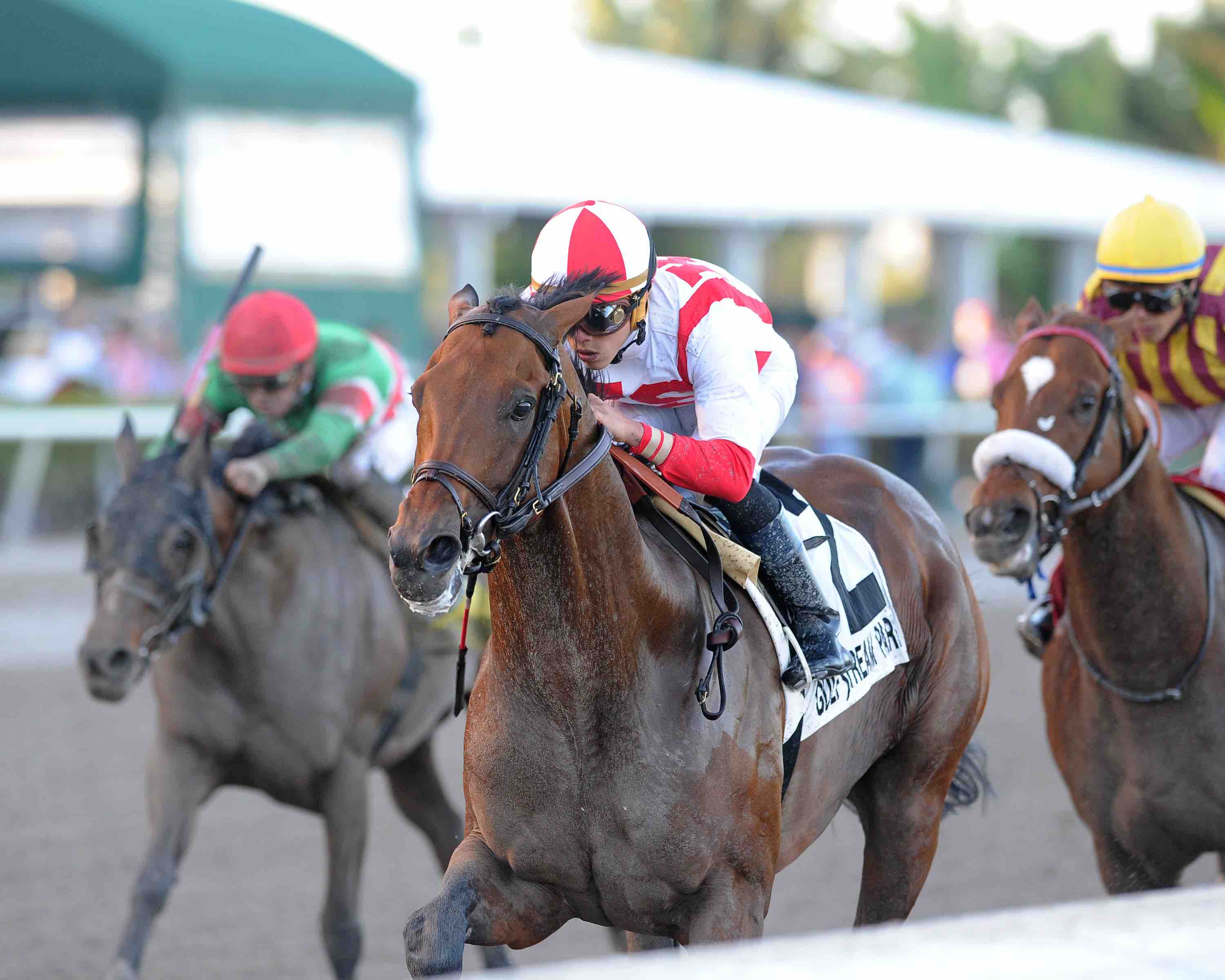 Ridden by Irad Ortiz Jr., Economic Model stalked the early pace before taking the lead leaving the turn into the homestretch. Irish War Cry pulled within even terms with Economic Model in mid-stretch, but couldn’t get past. Economic Model completed the mile contest in 1:36.50.

This was the first start of the season for Economic Model, who has been working in company with stablemate Good Magic, the 2017 Eclipse Award-winning juvenile champion.

“He looked really good and he felt great,” said Ortiz. “He was working great and he was working against Good Magic, too, who’s a nice horse. I worked him three times, and he was doing good.”

Chad Brown trains Economic Model for Klaravich Stables and William Lawrence. The graded stakes winner was bred in Kentucky by Claiborne and is out of the Quiet American mare Queen of America.

Flatter was represented by 15 stakes horses in 2017, including champion 3-year-old West Coast and additional graded stakes winners Favorable Outcome and Flatlined. He stands at Claiborne for a fee of $40,000.