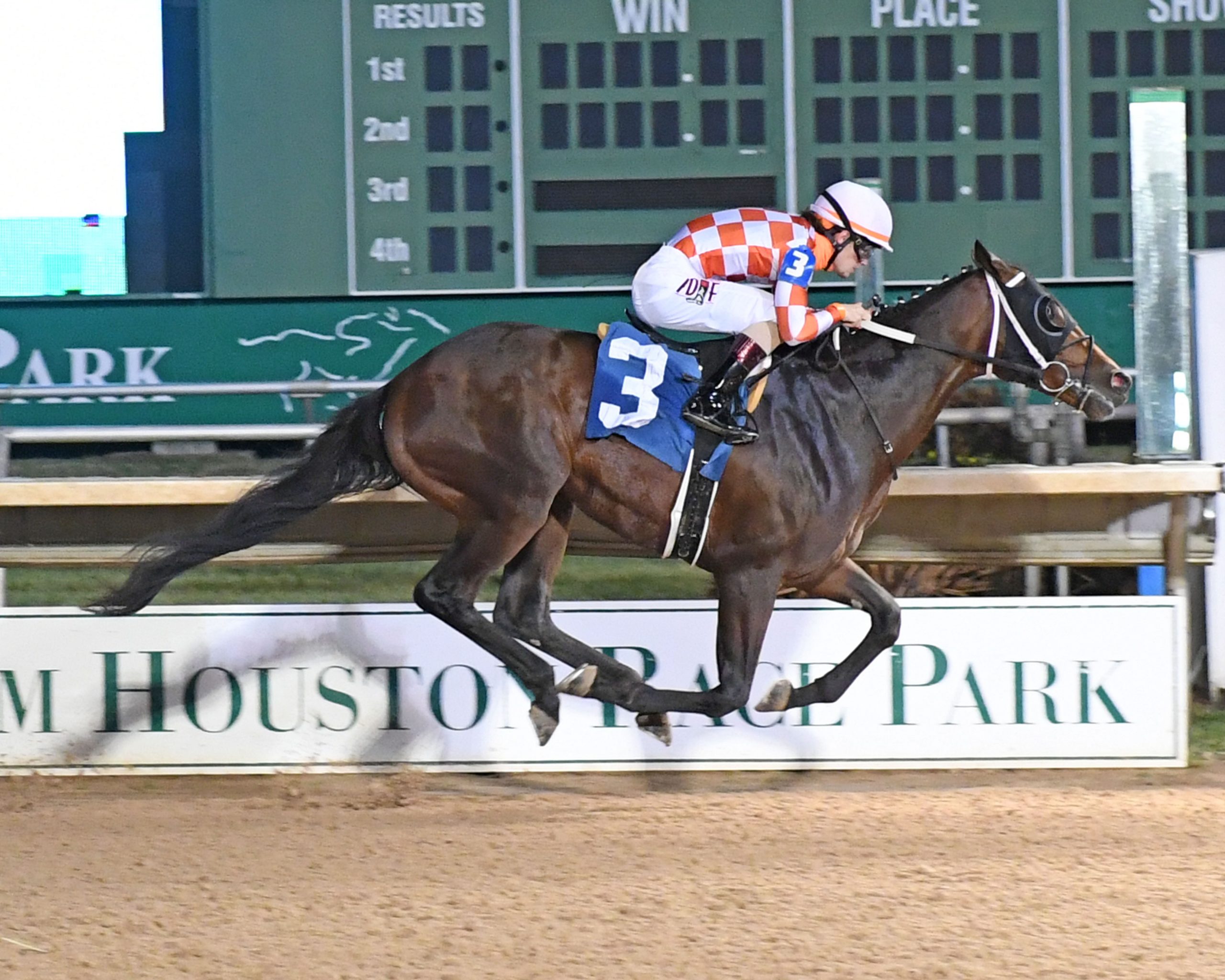 Racing over a mile on dirt, Drivehappy sped to the second position and let the leader open up a little over a length. By the time they hit mid-backstretch, the 3-year-old colt was ready to take command with Ty Kennedy aboard and raced up the rail to stick his nose in front. Kennedy kept his mount just ahead of the former leader from that point until they turned into the stretch.

Drivehappy showed his best from there, accelerating away from the field for a four length victory. Trained by Steve Asmussen, Drivehappy is owned by Holly and David Wilson, breeder Siena Farm, Gary Stevens, and Asmussenequine.com.

Drivehappy has an unnamed 2-year-old full brother to come.

Drivehappy is the sixth winner for his sire in the last 13 days and one of his 10 winners on the year to lead all second crop sires by winners, wins, and blacktype winners this year.