Sent off as the heavy favorite in the Eatontown Stakes (G3) at Monmouth Park, Dream Awhile lived up to expectations, as she notched her first graded stakes victory. The 4-year-old War Front filly is her sire’s 40th graded stakes winner. 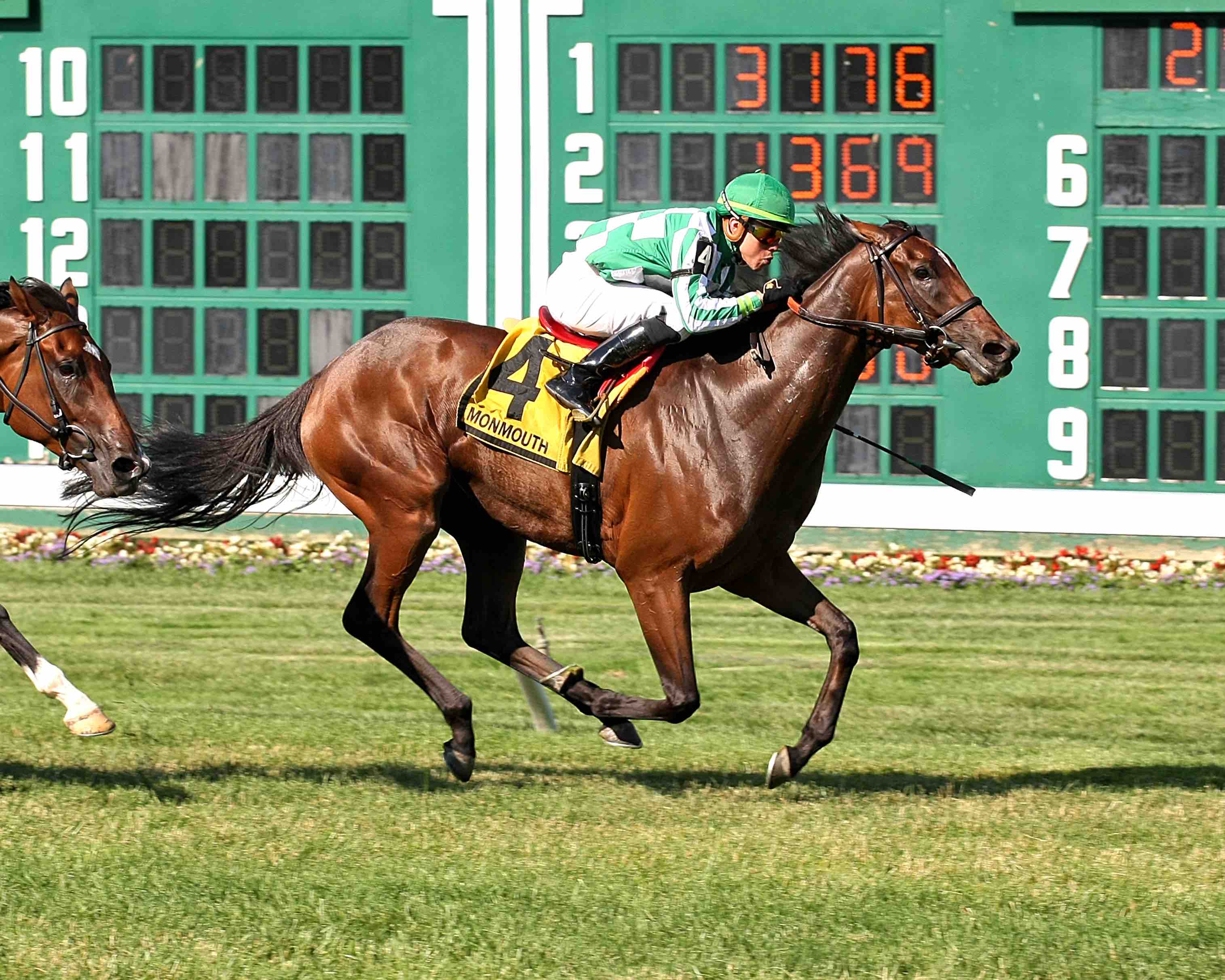 Ridden by Irad Ortiz Jr., Dream Awhile stumbled at the start, settled off the pace two-wide, made a three-wide middle move into contention, bid two-wide on the turn, and then took charge at the quarter pole. She defeated Special Event, a daughter of the late Arch, by three-quarters of a length.

“I just let her do her thing,” said Ortiz. “I had the best horse in the race, so even though they went slow early and tried to back it up, I was able to drop in and get her to relax. To beat this horse they have to run. So, I just let her settle and do her thing, and she really responded when I asked her to.”

Dream Awhile began her career in France with trainer Jean-Claude Rouget before transferring to Chad Brown’s barn last fall. The ultra-consistent filly has never been worse than third while racing in the United States. She won the Tropical Park Oaks at Gulfstream Park last December, and earlier this season, she finished second in the Suwannee River Stakes (G3) as well as third in the Longines Churchill Distaff Turf Mile Stakes (G2).

“I thought Irad Ortiz used good judgment on the backside knowing there was a slow pace and getting her involved when he did,” said Brown. “Just really good judgment by Irad, and the filly responded. She’s been really close, so it’s nice to get a graded stakes win for her. She’s such a well-bred filly. We’re excited about her future.”

Dream Awhile races as a homebred for Joseph Allen, who bred her in Kentucky out of the the Montjeu mare Baroness Richter.

War Front is the leading sire in North America this year by percentage of graded stakes horses and stakes horses from starters. In 2018, in addition to Dream Awhile, he is also the sire of Group 1 winner Lancaster Bomber as well as graded stakes winners Lull and Fire Away.  He stands at Claiborne for $250,000.