The only son of the great Dubawi (Ire) in Kentucky, graded stakes winner DEMARCHELIER (GB) was given strong support in his first season at stud and that is reflected in the 13 well-bred weanlings he has cataloged in this year’s November breeding stock sales. 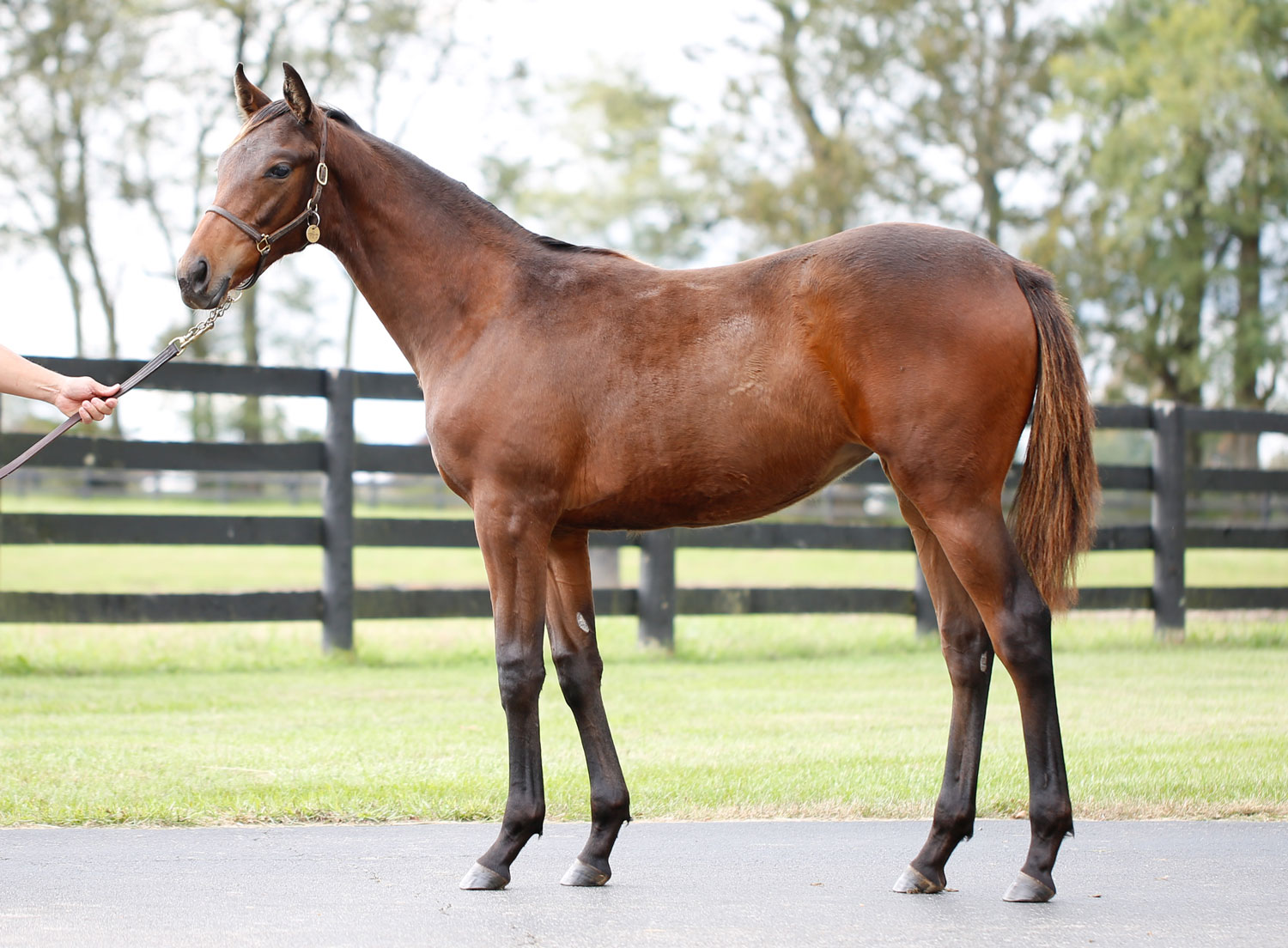 The graded stakes winner’s first offering comes on November 9 at the Fasig-Tipton November Sale when his colt out of Secret Quality enters the ring as Hip 102.

Consigned by Taylor Made Sales, the March-born foal comes from the family of champion Rushing Fall and Grade 1 winner Albert The Great. He is the second foal out of the Elusive Quality mare Secret Quality, whose first sold for $285,000 at this year’s Keeneland September Sale.  Secret Quality is out of a half-sister to Grade 3 winner Ash Me No Secrets and Grade 3-placed Royal Tryst.

The next day kicks off the Keeneland November Breeding Stock Sale, where DEMARCHELIER (GB) has 12 cataloged to go through the ring.

Starting with Hip 411, Hidden Brook consigns the February-born colt, who is the first out of the Dansili (GB) mare Dane. That mare is out of the Group 2 winner Peinture Rare (Ire), who is also the granddam of stakes winner Perseverants (Fr). Peinture Rare (Ire) is also a half-sister to Horse of the Year Peintre Celebre among the six stakes performers produced by Alydar’s stakes winning daughter Peinture Bleue.

St. George Sales sends the first foal out of Cloudbuster through the ring as Hip 1190. Cloudbuster is the full sister to Grade 2-placed Moraz from her dam’s three winners. The DEMARCHELIER (GB) colt’s second dam is the A.P. Indy mare Malvinia, a full sister to successful sire Malibu Moon with the pair out of Grade 1 winner and important broodmare Macoumba.

Sierra Farm offers a homebred DEMARCHELIER (GB) filly out of St. Trinians (GB) as Hip 1921. St Trinians was a Grade 2 winner herself and Grade 1 placed during her time in California and has produced two winners from her four to race so far.

DEMARCHELIER (GB) continues to provide well-bred weanlings in the later hips with the Ballysax Bloodstock offered Hip 2105 the second foal for stakes winner Free N Clear. Free N Clear is out of the stakes placed Mama I’m Home, who is out of a half-sister to the dam of leading sire Badge of Silver.

Each of this filly’s first four dams have produced stakes performers with many of her third dam’s half-siblings doing the same. One of the mare’s half-sisters is the granddam of Grade 1 winner Romance Is Diana and another is the third dam of champion Perfeccion with 18 stakes placed runners under her fourth dam alone.