Claiborne Farm has purchased an interest in Catholic Boy, a Grade 1 winner on both dirt and turf, who scored his most recent victory in the May 18 Dixie Stakes (G2) at Pimlico Race Course. The son of More Than Ready will stand at the Paris, Ky. farm upon his retirement from racing, Claiborne announced May 20. 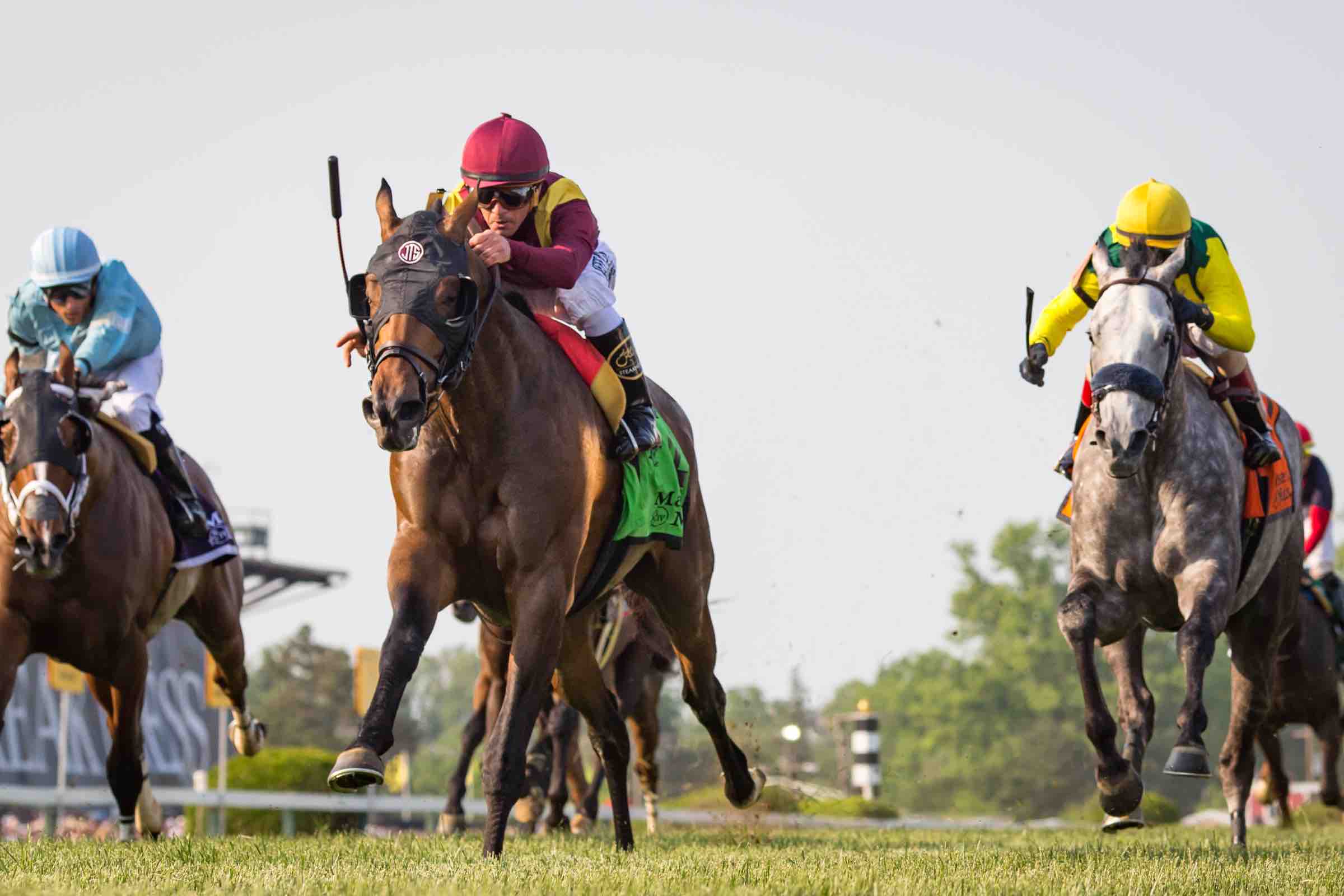 “What an incredible horse. What an incredible effort,” said Robert LaPenta, who campaigns Catholic Boy in partnership with Madaket Stables, Siena Farm, and Twin Creeks Racing Stables. “Six and a half months off—(the Dixie Stakes) was not an easy race, and he made us proud.”

A Graded Stakes winner at ages 2, 3 and 4, Catholic Boy was remarkably precocious, with victories in three of his four starts as a juvenile. His two-year-old victories included the With Anticipation Stakes (G3) on turf, as well as the Remsen Stakes (G2) on dirt. During his career, he has also displayed tremendous versatility in winning at five different tracks on both the East and West Coasts from 7 1/2 furlongs to 1 1 /4 miles.

In 2018, Catholic Boy became just the third American 3-year-old in history to win Grade 1 races on dirt and turf, preceded only by two-time Horse of the Year California Chrome and Claiborne’s own Secretariat.

He captivated audiences on the East Coast by first taking the Belmont Derby Invitational Stakes (G1T) on the grass at Belmont Park and then adding the Runhappy Travers Stakes (G1) at Saratoga Race Course on the dirt. Both of those victories came at the classic 1 1/4-mile distance.

By virtue of his impressive G1 performances, Catholic Boy was an Eclipse Award finalist for champion 3-year-old male, a title won by 2018 Triple Crown winner Justify.

“He can go any distance—a mile and a sixteenth, a mile and a quarter,” said Hall of Fame jockey Javier Castellano, who was aboard Catholic Boy in both the Travers and the Belmont Derby Invitational. “On the dirt or turf. He’s a super horse. We don’t see too many horses like that. Grade 1 on the turf and the dirt.”

Catholic Boy was bred in Kentucky by Fred W. Hertrich III and John D. Fielding and is out of the Bernardini mare Song of Bernadette, who was sold in foal to War Front for $2.3 million at last year’s Fasig-Tipton November Sale. She was purchased by Bridlewood Farm.

“This couldn’t be any better,” LaPenta told The Blood-Horse. “Now we have confidence that he’s back, and hopefully we will see some exciting times in the summer.

“It was a perfect day. It’s so emotional because, in this sport, you don’t get to celebrate more than 10 or 20% of the time, so when you do, it’s off the charts. He’s very special to me. He really is.”

Trainer Jonathan Thomas said, “I loved Catholic Boy from the moment I saw him at Keeneland. He had quality and class. Little did I know he would take us all on the ride of a lifetime!”

Claiborne’s Walker Hancock added, “A graded stakes winner on both dirt and turf at two, and Grade 1 winner on both dirt and turf at three, makes him one of the most versatile and unique stallion prospects on the market. Plus, being a son of More Than Ready opens him up to breed to a very wide variety of mares. We are thrilled to stand him at Claiborne Farm upon his retirement.”