A colt by War Front out of Kentucky Oaks (G1) winner Believe You Can briefly became the highest-priced horse of the 2019 Keeneland September Yearling Sale when he sold to Sheikh Mohammed Bin Rashid Al Maktoum’s Godolphin for $2.9 million during Tuesday’s second session of the auction. 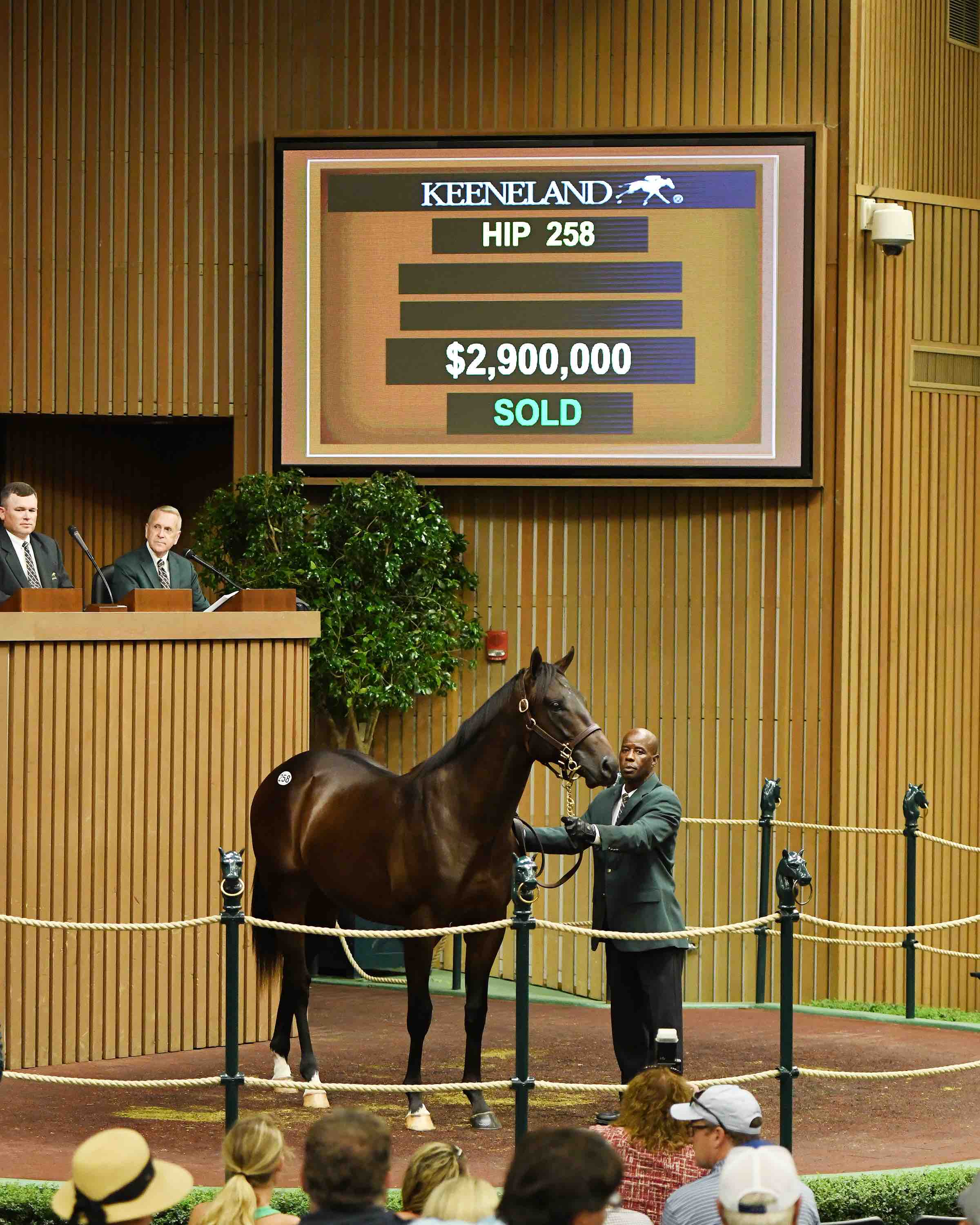 He is the second-most expensive yearling to sell at public auction this year in North America.

Brereton C. Jones/Airdrie Stud, agent, consigned the colt, who is a half-brother to stakes winner Believe in Royalty. Jones bred and raced Believe You Can.

Larry Best’s OXO Equine paid $900,000 for a colt by Flatter who is a half-brother to Grade 1 winner Beach Patrol during Tuesday’s second session of the Keeneland September Yearling Sale.