PARIS, KY – Claiborne Farm announced Nov. 8 that Silver State, winner of this year’s Metropolitan Handicap (G1), will stand for $20,000 when he enters stud for the 2022 breeding season. 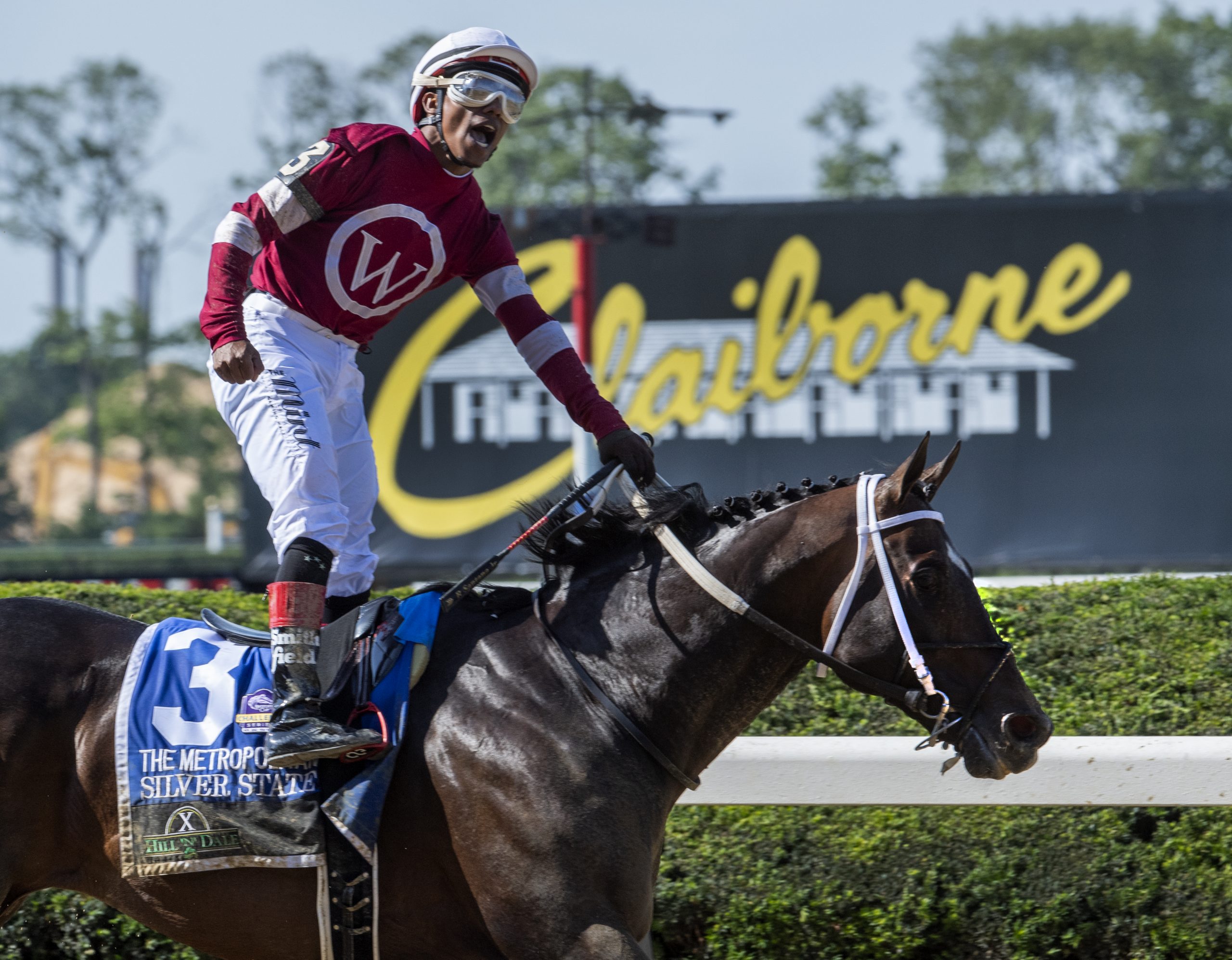 The 4-year-old son of Hard Spun has earned $1,933,094 on the racetrack and won or placed in 12 of 14 career starts. His seven victories include the 2021 Metropolitan Handicap (G1) and Oaklawn Handicap (G2). He also placed in this year’s Whitney Stakes (G1) at Saratoga.

In the historic Met Mile, Silver State defeated a strong field that included Knicks Go, winner of this weekend’s Breeders’ Cup Classic and leading contender for Horse of the Year.

Trained by Steve Asmussen for the partnership of Winchell Thoroughbreds LLC and Willis Horton Racing, Silver State is out of the Grade 3-placed stakes-winning Empire Maker mare Supreme, and he hails from the family of Kentucky Derby winner Monarchos. Bred by Stonestreet Farm, he sold for $450,000 as a yearling at the 2018 Keeneland September sale.

Silver State will be available for inspection later this week by appointment.