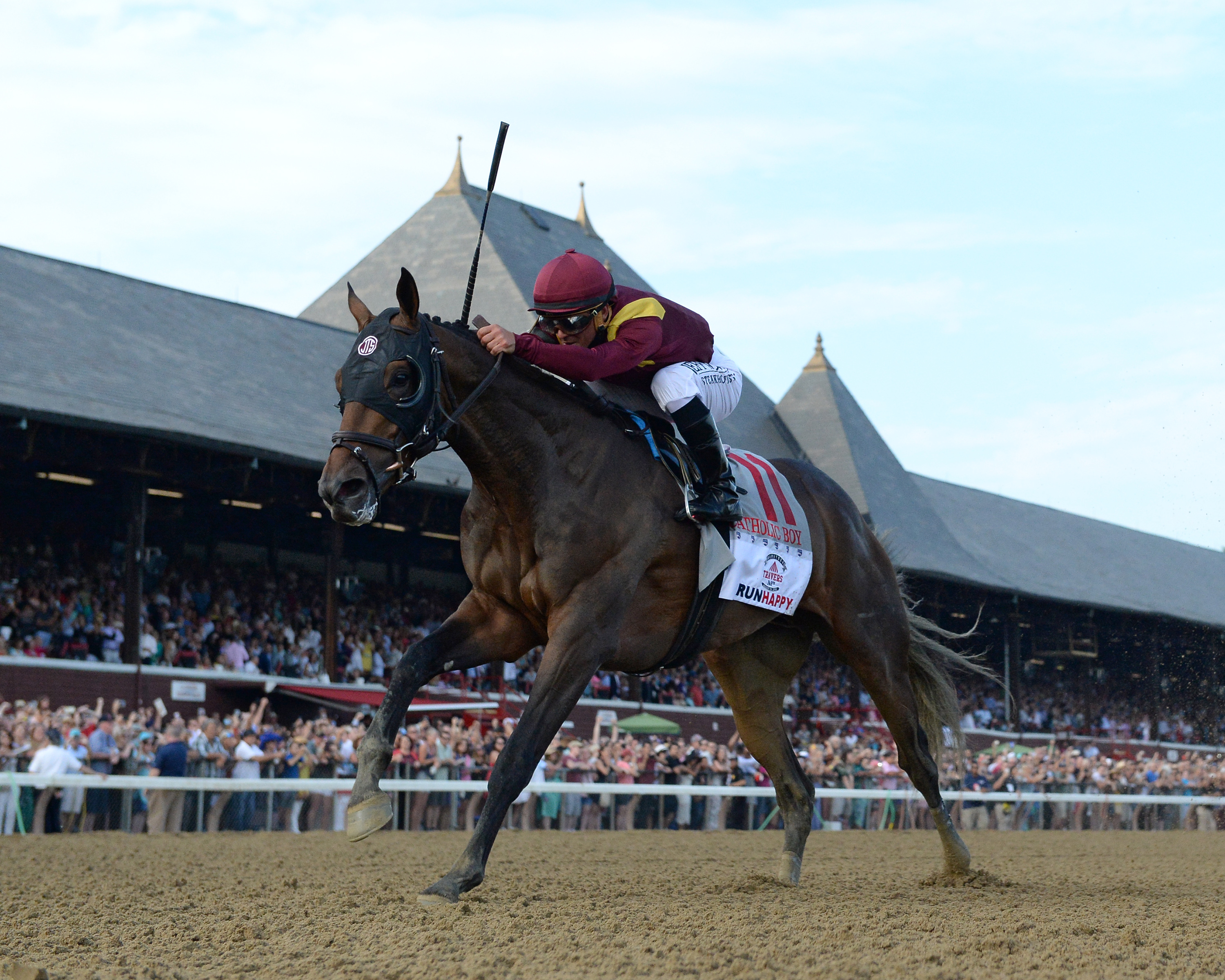 Paris, KY – Dual-surface star Catholic Boy has been retired from racing, and will join the stallion roster at historic Claiborne Farm. His 2020 stud fee has been set at $25,000 LFSN, announced farm representative Bernie Sams on October 18.

A six-time graded stakes winner, Catholic Boy became only the third American 3-year-old colt in history to win a Grade 1 race on both dirt and turf, joining the elite company of the great Secretariat. Those victories came in the Grade 1 Runhappy Travers Stakes and Grade 1 Belmont Derby Invitational in 2018.

A hard-knocking colt who raced for three seasons and traveled to nine different tracks, Catholic Boy started his career on the turf at Gulfstream, where he won first time out going 7 ½ furlongs. He went straight into graded stakes company from there, and passed the test in the Grade 3 With Anticipation Stakes at 1 1/16th-miles on the turf at Saratoga. He capped off his juvenile season with his debut on dirt, winning the Grade 2 Remsen Stakes at Aqueduct.

At three, he went on to prove his versatility, returning to the turf to take the Grade 3 Pennine Ridge Stakes in a thriller over previously undefeated Analyze It. The two renewed their rivalry again in the G1 Belmont Derby, with Catholic Boy emerging victorious again. He further proved he was among the top of his crop when he returned to the dirt to win the Grade 1 Runhappy Travers Stakes at the classic 1 ¼-mile distance. When he returned at age four, Catholic Boy added the Grade 2 Dixie Stakes to his resume, going 1 1/16-miles on turf at Pimlico.

By internationally successful sire More Than Ready, who has produced Grade 1 winners in 7 countries, Catholic Boy is out of Song of Bernadette, by proven broodmare sire Bernardini. The very definition of versatility, Catholic Boy is an exciting addition to the Claiborne roster for 2020.