Flatter’s 3-year-old son Avie’s Flatter returned to the races in style with an impressive victory in the G3 Transylvania Stakes at Keeneland. 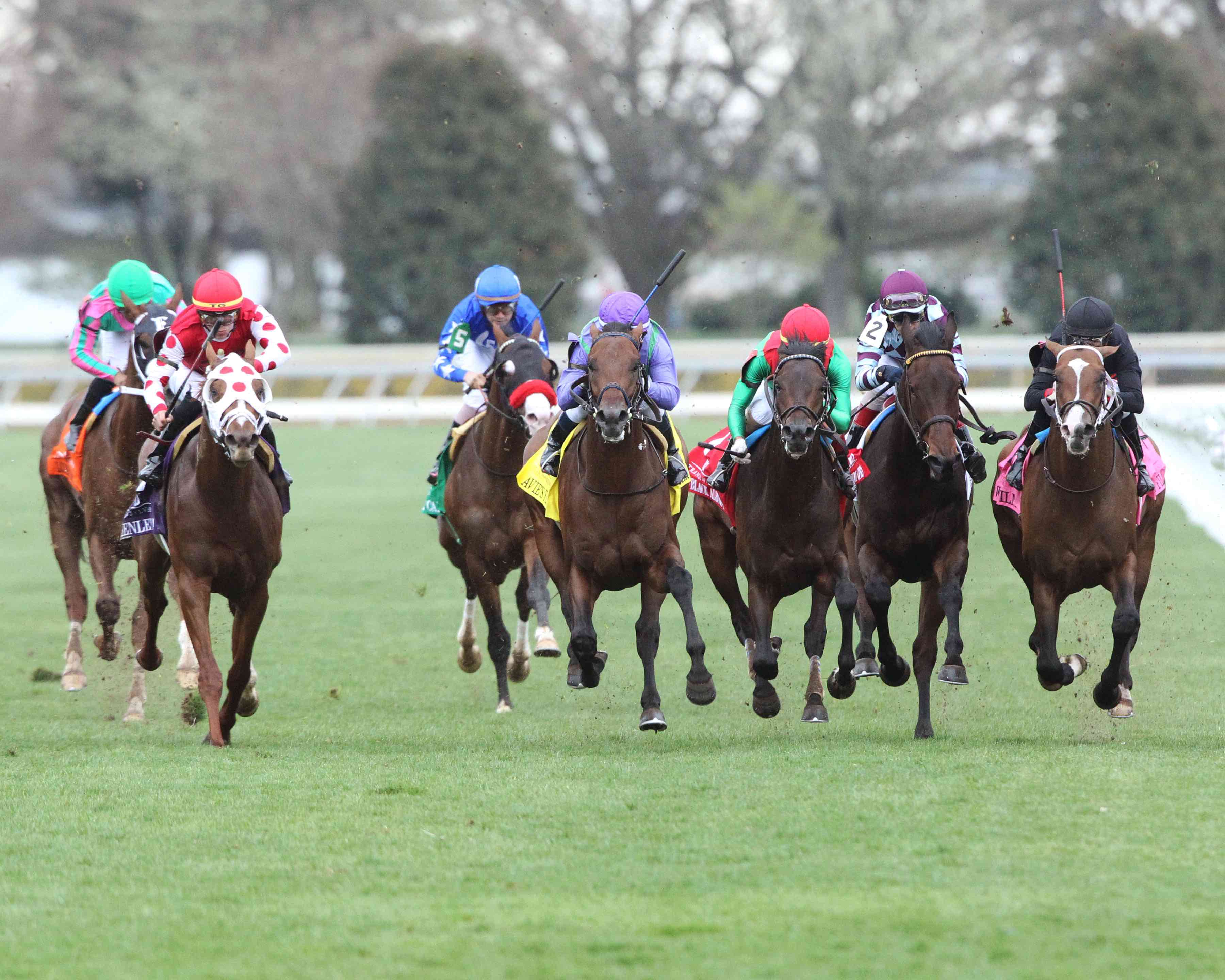 “It was a great way to start,” said trainer Josie Carroll of the victory, which was accomplished when Avie’s Flatter got clear at the head of the stretch, grabbed the lead at the sixteenth pole and held off favored Henley’s Joy by a half-length. Ridden by Javier Castellano, Avie’s Flatter covered the 1 1/16 miles on a firm turf course in 1:42.86.

It was the fourth score in five career starts for Avie’s Flatter, who now has earnings of $341,834.

“You worry a little bit if you have them tight enough (coming off a layoff),” Carroll said. “But when he swung out and knowing what kind of kick he has, I knew he still had horse. Javier did a good job conserving him, knowing that he had not run in more than four months.”

The main goal for Avie’s Flatter, who is owned by Ivan Dalos, is the 160th running of the $1 million Queen’s Plate at Woodbine on June 29.

“Right now, he is the early favorite for the Queen’s Plate,” said Carroll, who won that race in 2006 in Edenwold and in 2011 with Inglorious.

To get there, the next step could be the G2 American Turf on May 4 at Churchill Downs.

“The nominations close next Saturday, so we will take a look to see who is in there,” Carroll said. “If that is the direction we go, he will stay here for a while and then go to Churchill.”

A Canadian-bred colt out of the Empire Maker mare Avie’s Empire, Avie’s Flatter is one of 52 stakes winners sired by Flatter. The Claiborne stallion’s other top runners include G1-winning millionaires West Coast (3-year-old champion male), Flat Out, and Taris. Flatter, whose 2019 2-year-olds have sold up to $350,000, stands for $40,000 at Claiborne.