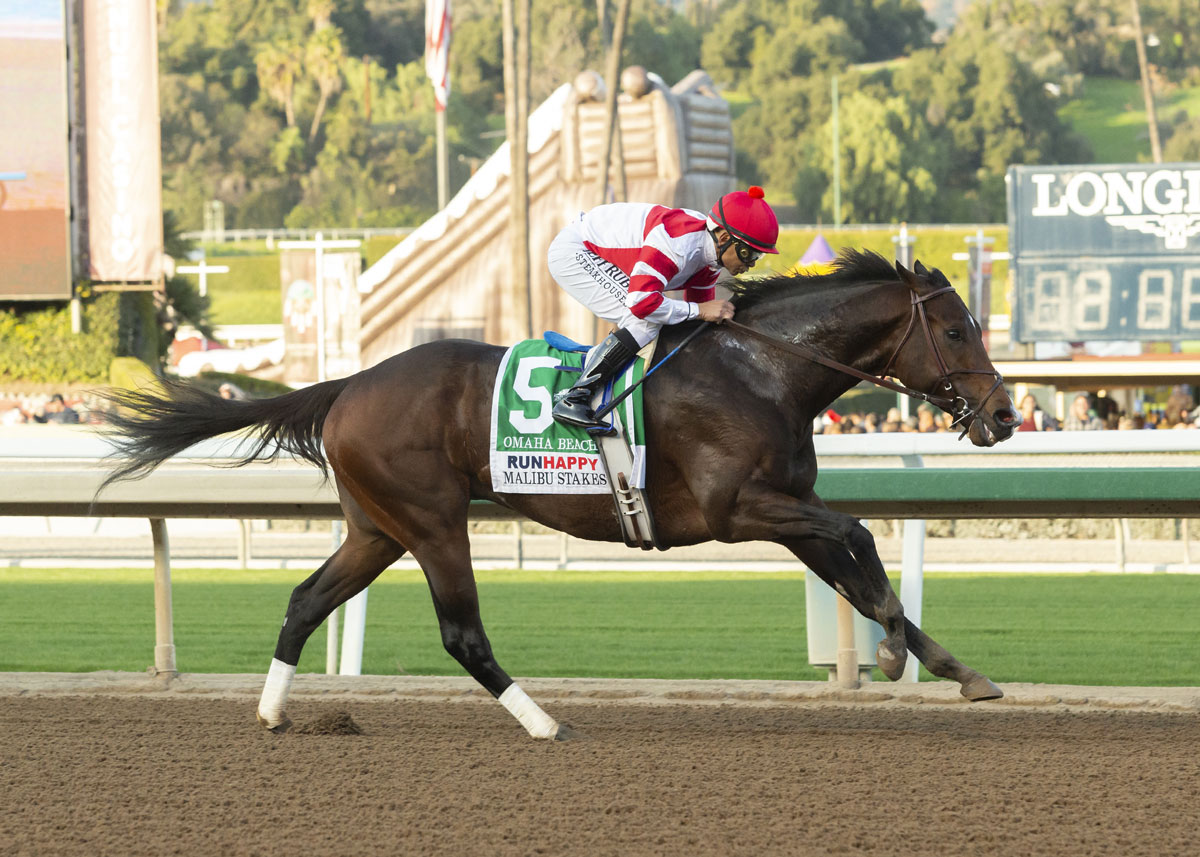 On the board in all 10 career starts, Omaha Beach has earned over $1.6 million, including a runner-up finish in the Breeders’ Cup Dirt Mile (G1).
Owned by Fox Hill Farm, Omaha Beach is trained by Richard Mandella. He was bred in Kentucky by Charming Syndicate out of the Seeking the Gold mare Charming, which makes him a half brother to champion 2-year-old filly Take Charge Brandi and a full brother to group 1-placed Courage Under Fire.