In a race that would have fit right in on the Keeneland stakes schedule, ALGORITHMS’ South Bend won his 2021 debut by a length against a field that saw six of the eight runners winning or placing in stakes. 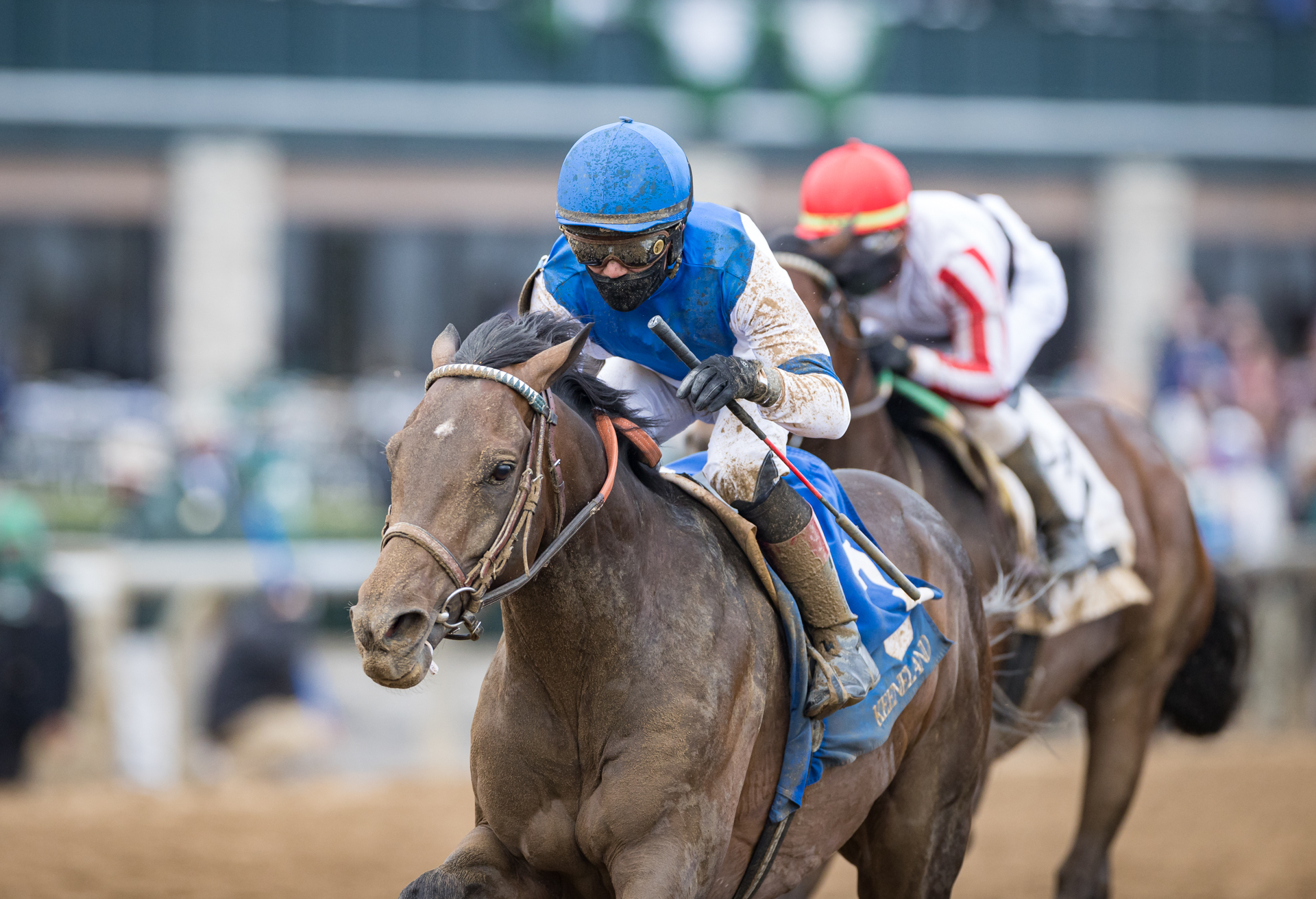 In the 1 1/16 mile Allowance Optional Claiming race saw South Bend broke evenly with the field before settling second to last under Joel Rosario. As they raced into the far turn, Rosario crouched lower on his mount to ask South Bend for some more speed and the 4-year-old complied.

Carried wide by another horse as they entered the stretch, South Bend had multiple lengths to make up on the leading dual-Canadian classic winner Mighty Heart, who was being challenged himself. Showing an outstanding late kick, South Bend passed right on by the dueling leaders late in the final sixteenth without so much as a glance.

With every stride, South Bend pulled away to have a length advantage at the line for trainer Bill Mott.

A stakes winner for ALGORITHMS, the Gary Barber, Wachtel Stable, Peter Deutsch, and Pantofel Stable-owned South Bend is the earner of over $440,000 in prizemoney. The colt has proved to be a consistent runner with 8 of his 15 starts seeing him finish in the top three – including in five stakes races, led by a pair of Grade 3 events.

The sire of 10% stakes horses and 75% winners from starters, ALGORITHMS proves year after year to be one of the biggest value sires in Kentucky at a fee of only $5,000 in 2021.