RUNHAPPY’s second crop was responsible for the fourth most expensive colt of the second session at the 2021 OBS Spring Sale of Two-Year-Olds in Training on Wednesday when bringing $490,000. 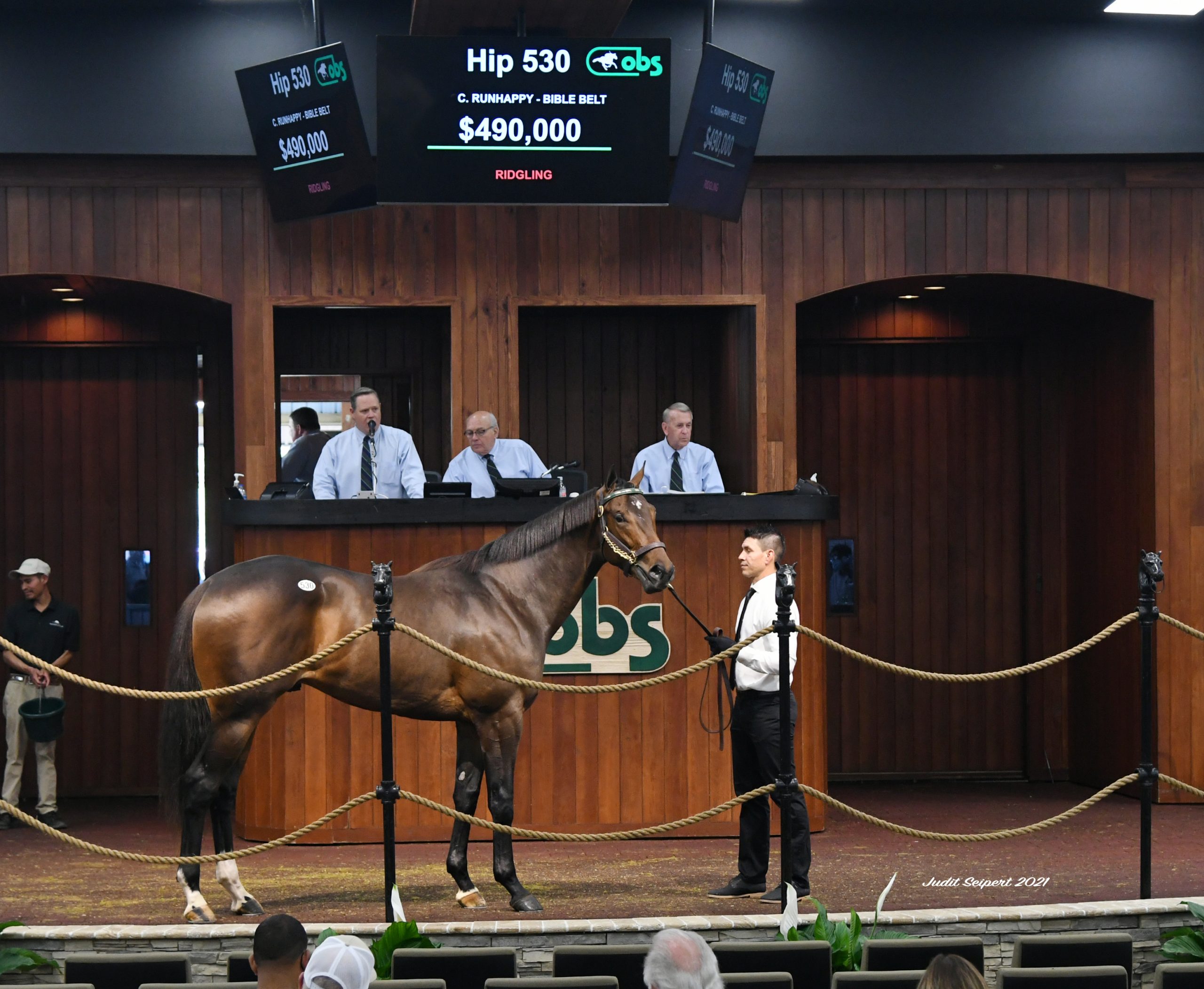 Purchased by Donato Lanni for Frank Fletcher Racing Operations, the Wavertree Stables-offered juvenile breezed in :10.0 at last week’s breeze show. A half-brother to Grade 3-placed Hardworkcleanlivin and multiple stakes-placed Gospel Way, he is out of the winning Pulpit mare Bible Belt.

There are stakes horses under each of the colt’s first three dams, including stakes winner and Grade 1-placed General A Rod. His third dam is also a half-sister to French champion and classic winner Caracolero.

Bred by William B. Thompson Jr. in Kentucky, he was also a $250,000 weanling purchase at the 2019 Keeneland November Breeding Stock Sale by Columbia Bloodstock from Kingswood Farm.

Bible Belt also has a yearling RUNHAPPY colt to come.

RUNHAPPY is having an outstanding year as one of the top second-crop sires by both winners and number of stakes horses – with his four stakes horses in 2021 second best of any North American second crop sire.