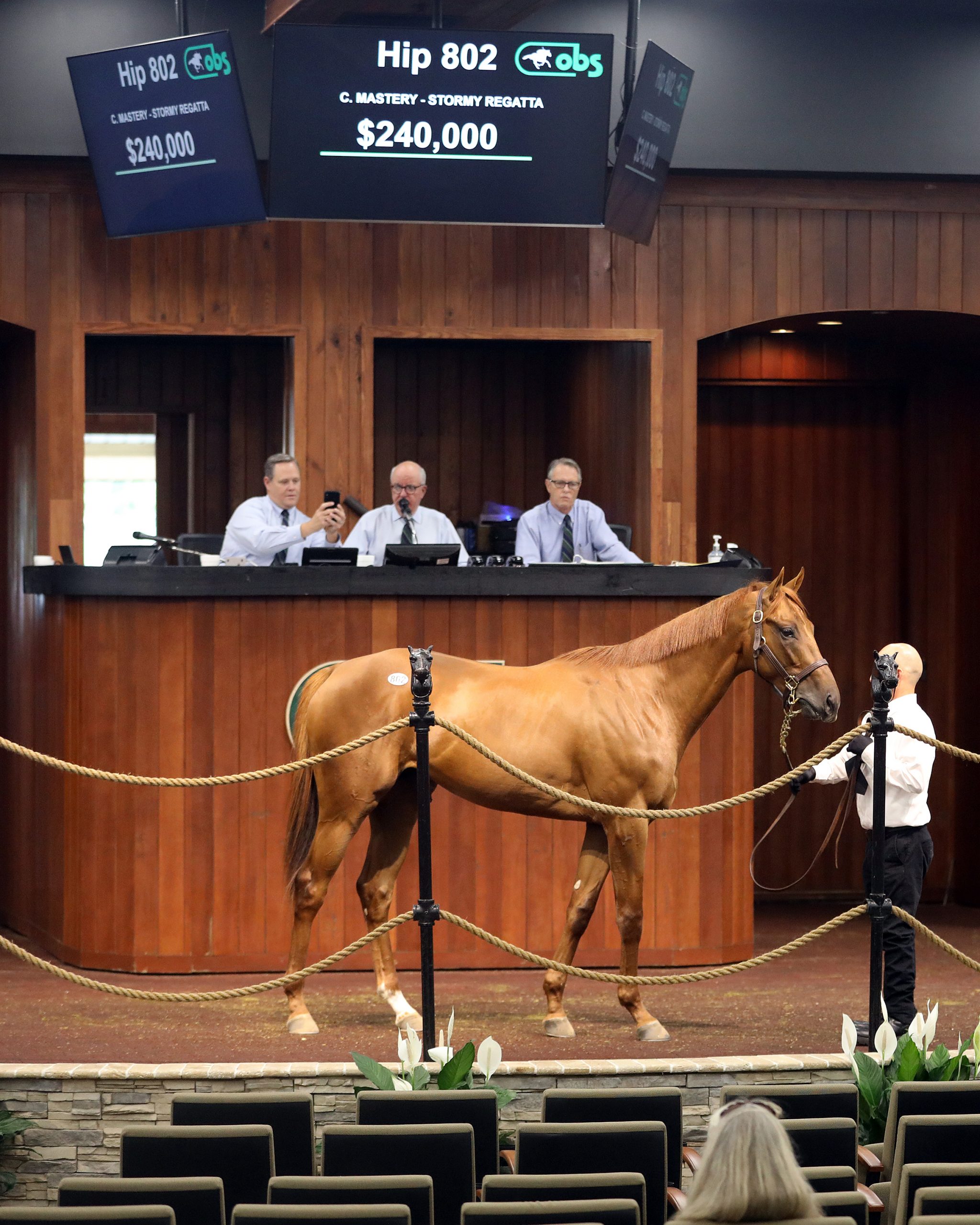 Going through the ring as Hip 802, the chestnut colt offered by Wavertree Stables is out of multiple stakes winner and Grade 3-placed Stormy Regatta. By Midshipman, Stormy Regatta is also a half-sister to the dam of stakes-placed You Cheated.

A great-grandson of stakes winner Storm Alert, who is also the dam of Grade 3 winner and Grade 1-placed Utopian, the colt is one of seven MASTERY juveniles who have sold for six figures this year.

Three of those are in the $200,000 club with the Stormy Regatta colt followed up by Bruin Magic – who sold for $225,000 at the Fasig-Tipton Gulfstream Sale. Purchased by Dennis O’Neill from James Layden’s consignment as one of two MASTERYs purchased by O’Neill this sales season, the colt out of Veronique is a half-brother to stakes winner Nashville.

Veronique is a granddaughter of Set Them Free, who is also the dam of Kentucky Derby (G1) winner Giacomo and dual Grade 1 winner Tiago. Veronique is also a half-sister to stakes winner Almond Roca and two other stakes performers.

MASTERY’S other $200,000 offering was at OBS’s Spring Sale of Two-Year-Olds In Training.

Purchased for $200,000 by Brooke Hubbard as agent, the colt now named Cover Me Up out of stakes winner and multiple Grade 2-placed Clothes Fall Off was also offered by Wavertree Stables. A grandson of stakes winner Tequila’s Dayjur, Cover Me Up also sees Grade 3-placed Strawberry Tequila and stakes-placed One Last Shot out of his granddam.

Cover Me Up posted his first workout at San Luis Rey Training Center at the end of May, where he put in a bullet over six other workers at the distance. He has put in two further works since May 29, including one where he ranked second of nine.

MASTERY’S first 2-year-olds have been well received at the juvenile sales to follow up success as weanlings and yearlings. His first crop juveniles have been purchased by buyers such as BSW/Crow, Dennis O’Neill, Deuce Greathouse, George Weaver, John McCormack Bloodstock, and Rockingham Ranch among many others.