Blame’s Nadal lived up to his 4-5 odds and gave Hall of Fame trainer Bob Baffert his seventh Rebel Stakes (G2) victory in 10 years with his front-running win in the $1 million milestone on the road to the Arkansas and Kentucky Derby. 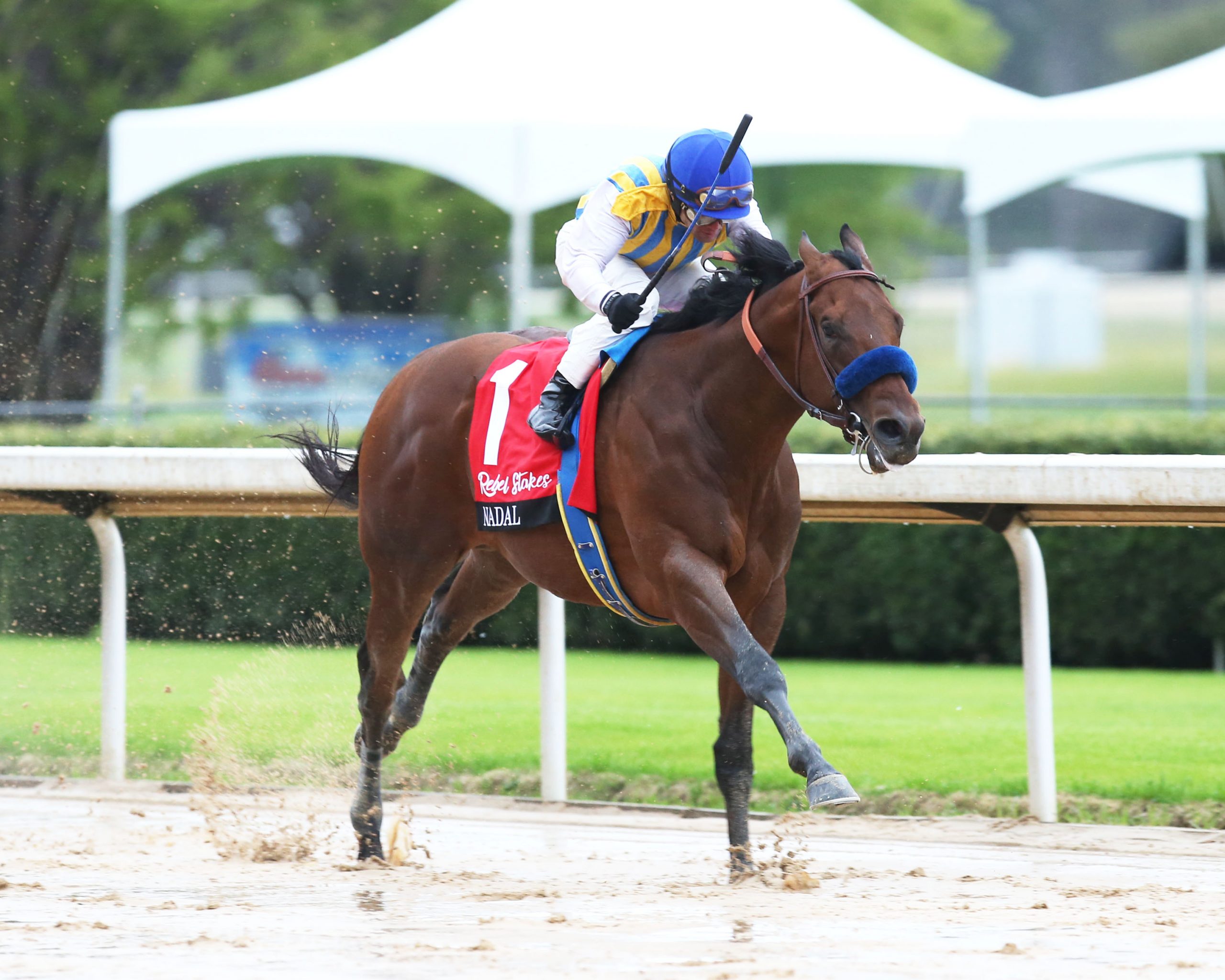 Ridden by Joel Rosario, Nadal grabbed the lead early and proceeded to duel with fellow California shipper American Theorem through early fractions of :22 4/5 and 46 for the first half mile. As his rival faded, Nadal held a comfortable advantage entering the stretch and had just enough left to hold off longshot Excession for the victory in 1:44 4/5 for 1 1/16 miles over a sloppy track. Basin finished third.

Nadal, who remained undefeated in three career starts, secured 50 points towards Kentucky Derby eligibility and is now ranked third on the top 20 leaderboard. Last time out, the son of Blame scored in the San Vicente (G2) at Santa Anita.

The Rebel is the last local prep before the $1 million Arkansas Derby (G1) April 11. Co-owner George Bolton indicated his colt would likely return for that race. Baffert wanted to get the horse back to California before making a firm decision.

Along with Nadal, Blame has two runners currently on the Kentucky Derby leaderboard including Shotski, winner of the Remsen S. (G2) and runner-up in the Withers (G3).