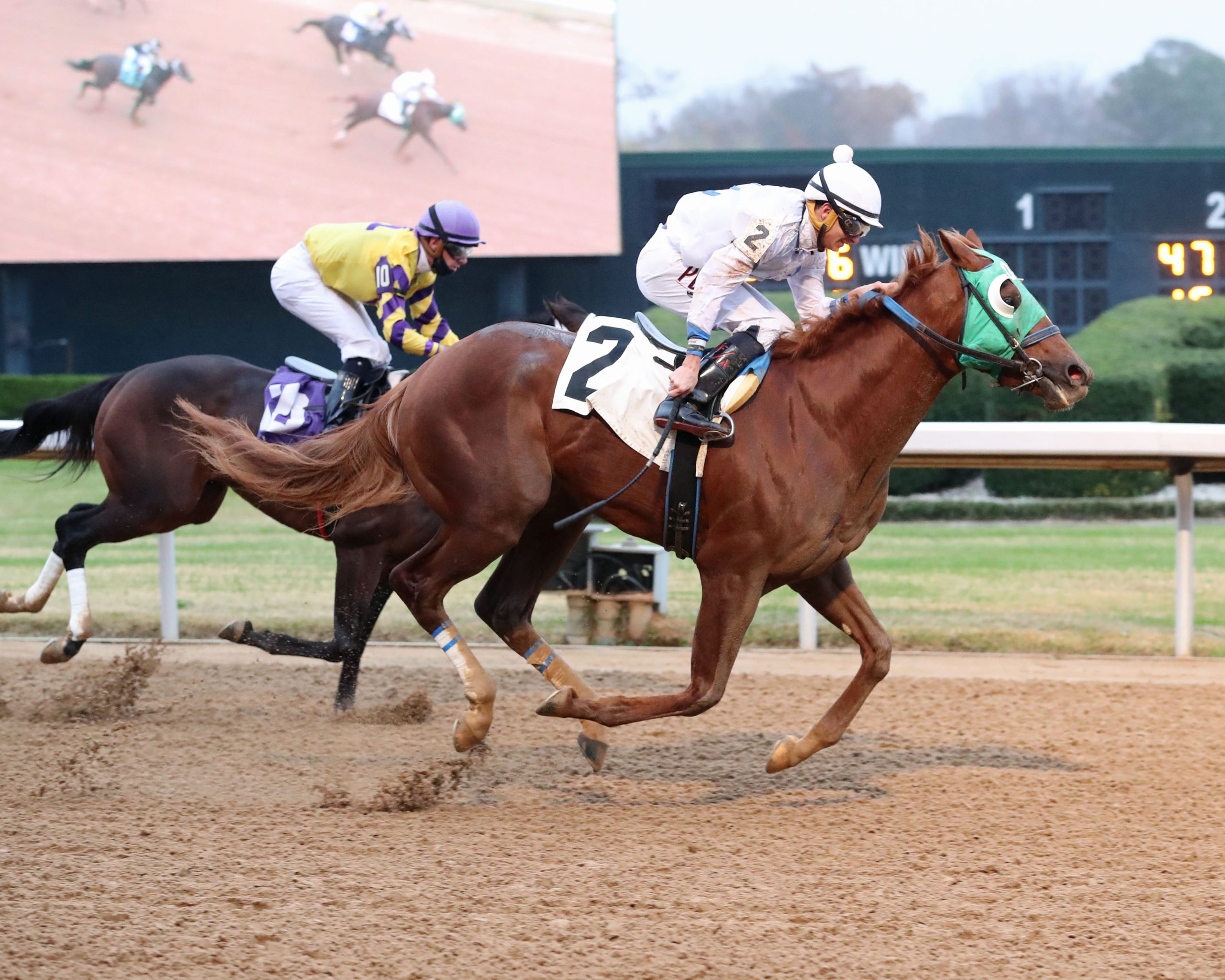 Racing over six furlongs, he broke strongly and quickly slated himself in third just behind the leader. Racing into the turn, Kavod lost momentum when he had to check but worked his way to a clear spot for the run into the stretch

Kavod showed his best coming into the final furlong when he chased down Higher Standard. Taking the lead, Kavod pulled away with every stride to win by a length for his third career victory.

“(He’s a) nice horse,” jockey Francisco Arrieta told Blood-Horse. “He broke good. A couple of horses went to the lead. I tried to relax him. When he was stopped behind horses, he was a little green. At the quarter pole, he may have been in a little bit of trouble. Finally, he came back and I went for the space. When I asked him, he ran.”

The LEA colt races for Michael Robinson and James Rogers under the tutelage of Chris Hartman. Kavod is the winner of $243,000 and also finished second in the Listed Tremont Stakes earlier this year.

One of three stakes performers out of Weekend Connection, Kavod is from LEA’s biggest and best-bred crop to date.