A trip out west proved perfect for Fault, who charged home to win the Buena Vista Stakes (G2) at Santa Anita by a length under jockey Geovanni Franco. The 4-year-old Blame filly was making her first start for trainer Phil D’Amato, after being previously based in the Midwest. 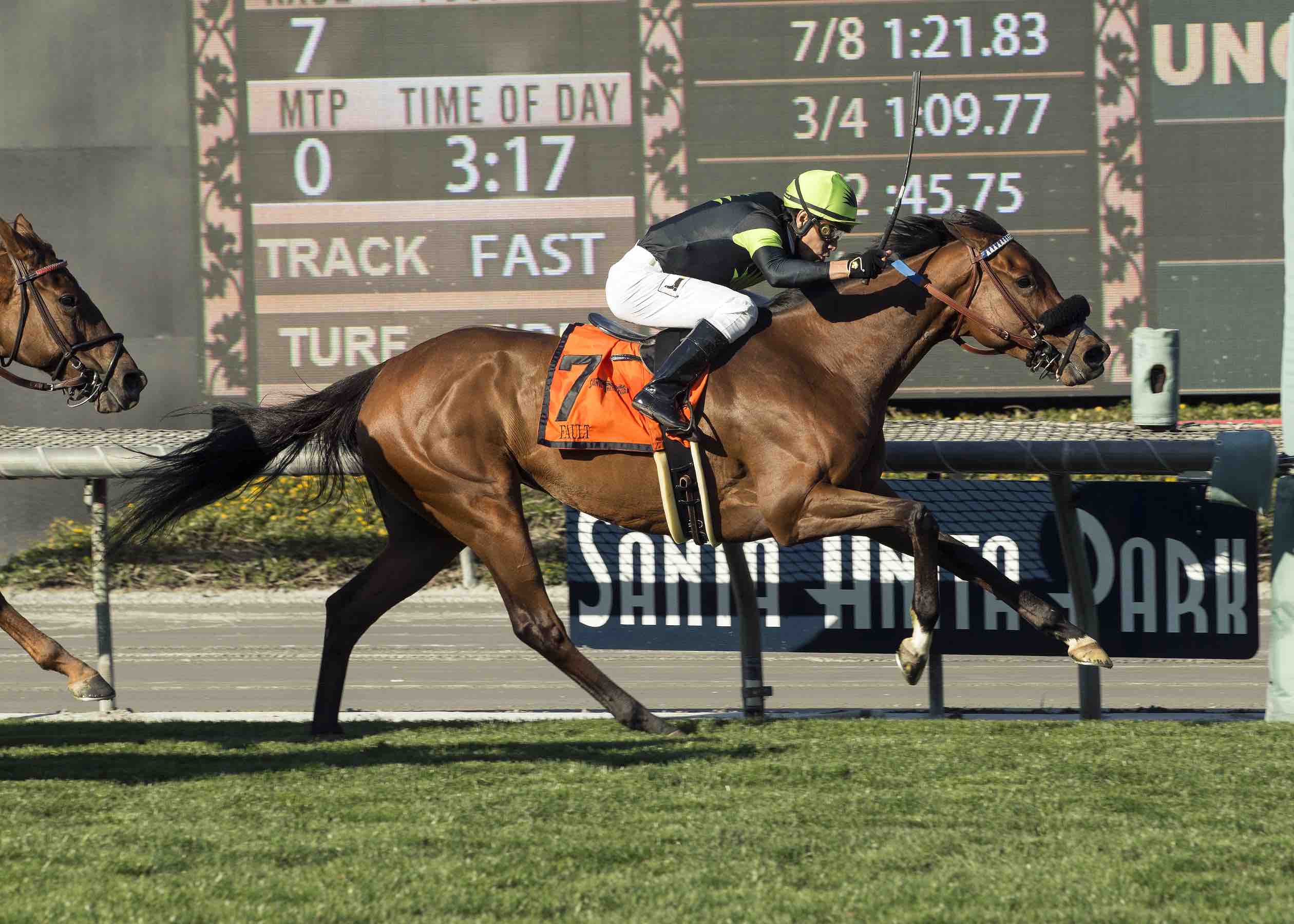 Content to sit sixth in a field of nine, Fault saved ground at the rail and rallied past her competitors to victory. She covered the mile on turf in 1:33.49, winning with ease.

“I knew that if there was a little bit of room, she would do it,” said Franco. “She’s a great filly, and she had the run in her.”

Prior to the Buena Vista, Fault’s biggest victory had come in last year’s Pucker Up Stakes (G3) at Arlington.

“I knew she was a very consistent filly and was only getting better back east,” said D’Amato.  “From the very first time I breezed her, I thought, ‘This is a horse I’ve been looking for in this category for quite a while.’ ”

On the same day as Fault’s victory, Blame was also represented by Torrent, who finished third in the Bayakoa Stakes (G3) at Oaklawn Park.

An Eclipse Champion and three-time G1 winner during his race career, Blame has garnered international acclaim as a sire thanks to the success of his French Classic winner Senga. Represented by 17 stakes horses in 2017, Blame stands for $12,500 at Claiborne.