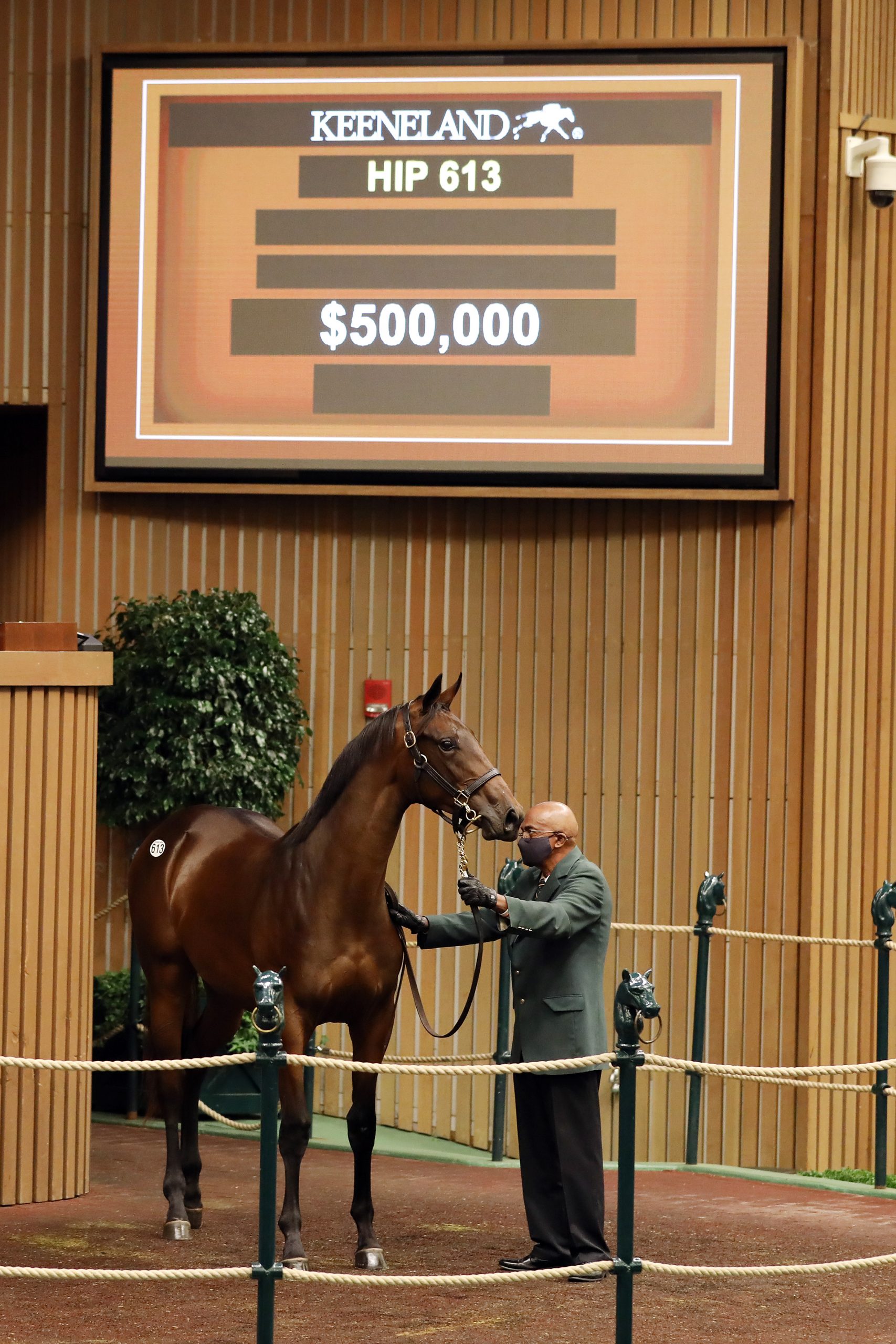 The very last BLAME to go through the ring on Thursday, Hip 1007 was snapped up Cheyenne Stables for $525,000 late in the session.

Bred and raised by WinStar Farm and consigned by Taylor Made, the daughter of stakes placed Chubby Star is a three-quarter sister to BLAME’s multiple Grade 3 winner Blamed. Blamed is one of two stakes performers out of Chubby Star’s stakes-placed dam Salsa Star, who is also a half-sister to multiple graded stakes winner Pacific Ocean and to the dam of Grade 3-placed Sense of Bravery.

The same family was successful on Wednesday when a BLAME colt out of Salsa Star’s half-sister Salsa Diavola offered by Nursery Place sold for $370,000 to Centennial Farms.

The two yearlings are the family of Grade 1 winner Rhythm and top broodmare Get Lucky. Their third dam is also a successful broodmare in her own right as the dam of stakes winner Mutakddim and Grade 1-placed Smooth Charmer. The mare’s daughters have also produced the likes of Grade 1 winner Frost Giant and Grade 2 winner Kavanagh.

Selling as Hip 613, the filly is also a great-granddaughter of Grade 1 winner and stakes producer Aldiza.

Rounding out the group of $300,000+ yearlings was the Spendthrift Farm and My Racehorse bought Hip 676.

Vienna Affair is also a half-sister to Argent Du Bois, who produced Grade 1 winner Ticker Tape and is also the granddam of Group 1 winner Brando.

BLAME’S eightyearlings sold during the first four days of Keeneland September brought an average of $281,250 and median of $245,000, both more than eight times his 2021 stud fee.