WAR FRONT’s Annapolis has proven his class time and time again as a 2- and 3-year-old but on Saturday he went to the next level with a win in the Coolmore Turf Mile (G1) against his elders. 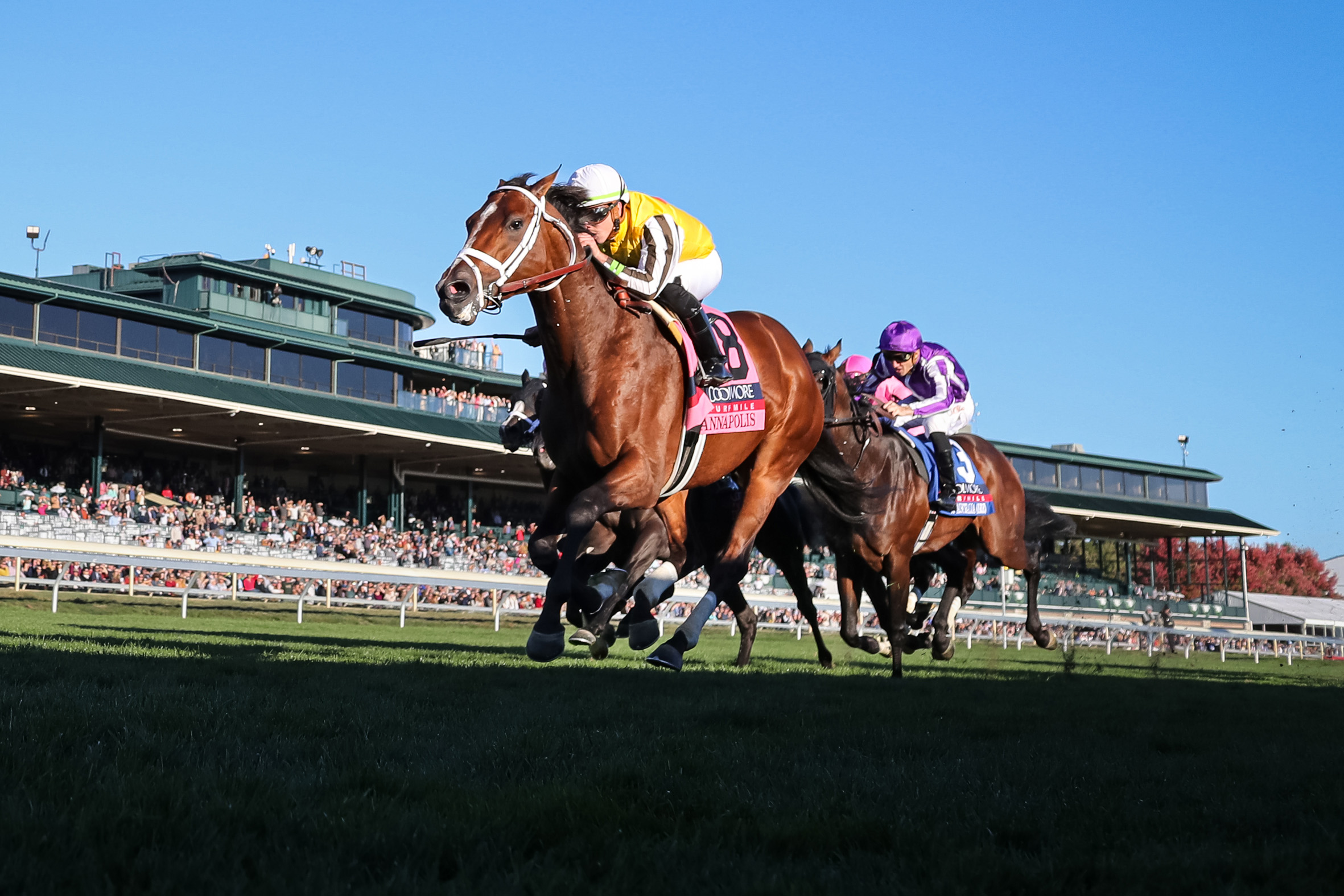 Annapolis sat just behind the pacesetter throughout much of the running of the one-mile turf race just waiting for his cue. Irad Ortiz Jr. unleashed him at the top of the stretch and as they entered the final furlong, he took over. The 3-year-old showed determination to hold off late closer and win by 1 ½ lengths for his first Grade 1 victory.

“Very impressive,” Ortiz said. “It’s not easy to win against these horses. We had Santin, we had Masen, we had so many good horses in this race, the O’Brien horse. He’s only a 3-year-old but he’s doing so good right now. I think he has ability. He’s a nice horse.”

Annapolis has won four career stakes races in six starts at the level and has never finished worse than second in his career. Today’s victory took the Bass Stables homebred to $1,166,100 in earnings while conditioned by Todd Pletcher.

Out of the Grade 2 winner and multiple Grade 1-placed My Miss Sophia, Annapolis has a yearling full brother to come.

Annapolis is the 24th Grade 1 winner for WAR FRONT and one of 12 stakes winners for the stallion in 2022 with three Grade 1 performers and 21 stakes horses this year.