Recruiting Ready became the newest Graded Stakes winner for his sire, Algorithms, on March 2 with a victory in the Gulfstream Park Sprint Stakes (G3). The four-time stakes winner had previously placed in a number of graded events, including the Woody Stephens (G3), Iroquois (G3), and Bashford Manor (G2). 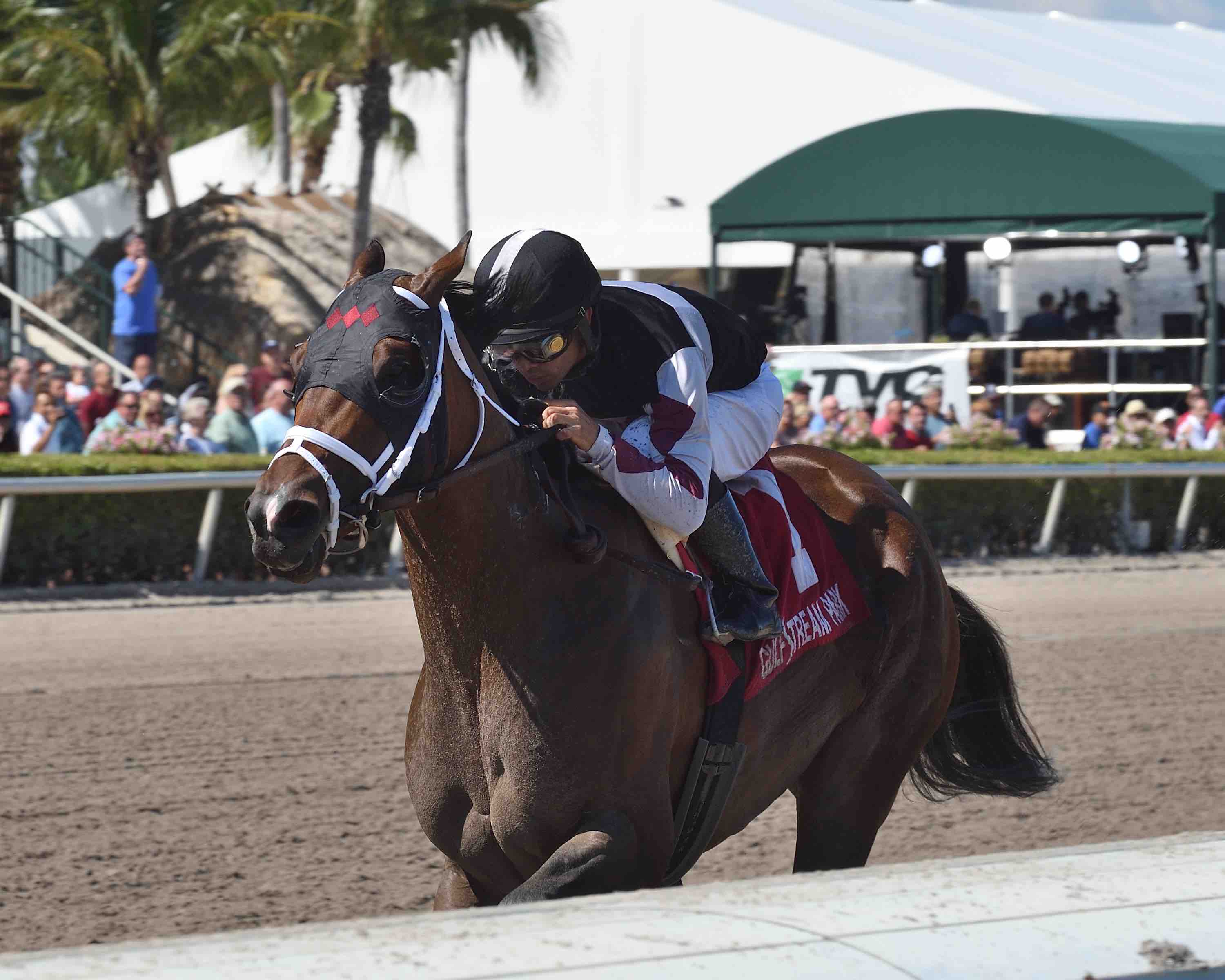 Trained by Stanley Hough for Sagamore Farm, Recruiting Ready took the lead from Quijote at the top of the stretch of the Gulfstream Park Sprint and drew off to a convincing 3 ¼-length victory. He completed the six-furlong race in 1:09.53 over a fast main track under jockey Luis Saez.

Recruiting Ready was named a TDN Rising Star after romping by 10 ¼ lengths in his career debut at Pimlico in 2016. He now owns a record of seven wins from 17 career starts, for earnings of $579,785.

“It was a little scary in the beginning when we didn’t make the lead,” Hough said of the Gulfstream Park Sprint. “I think he’s getting better with age. Some problems are behind him and I hope he finishes this year good. After today, (Oaklawn Park) is an option heading north, but nothing is really set.”

Algorithms is the sire of 77.6% winners/starters (as of March 4), which is more than top stallions Distorted Humor, Into Mischief, Medaglia d’Oro, Tapit, Speightstown, and Uncle Mo. An undefeated graded stakes winner by Bernardini, Algorithms stands for $5,000 at Claiborne.