Run Snappy left nothing but a cloud of dust for his challengers on October 3rd. The two-year-old son of RUNHAPPY ran away with a maiden special weight victory for trainer John Sadler and Owner Hronis Racing at Santa Anita. 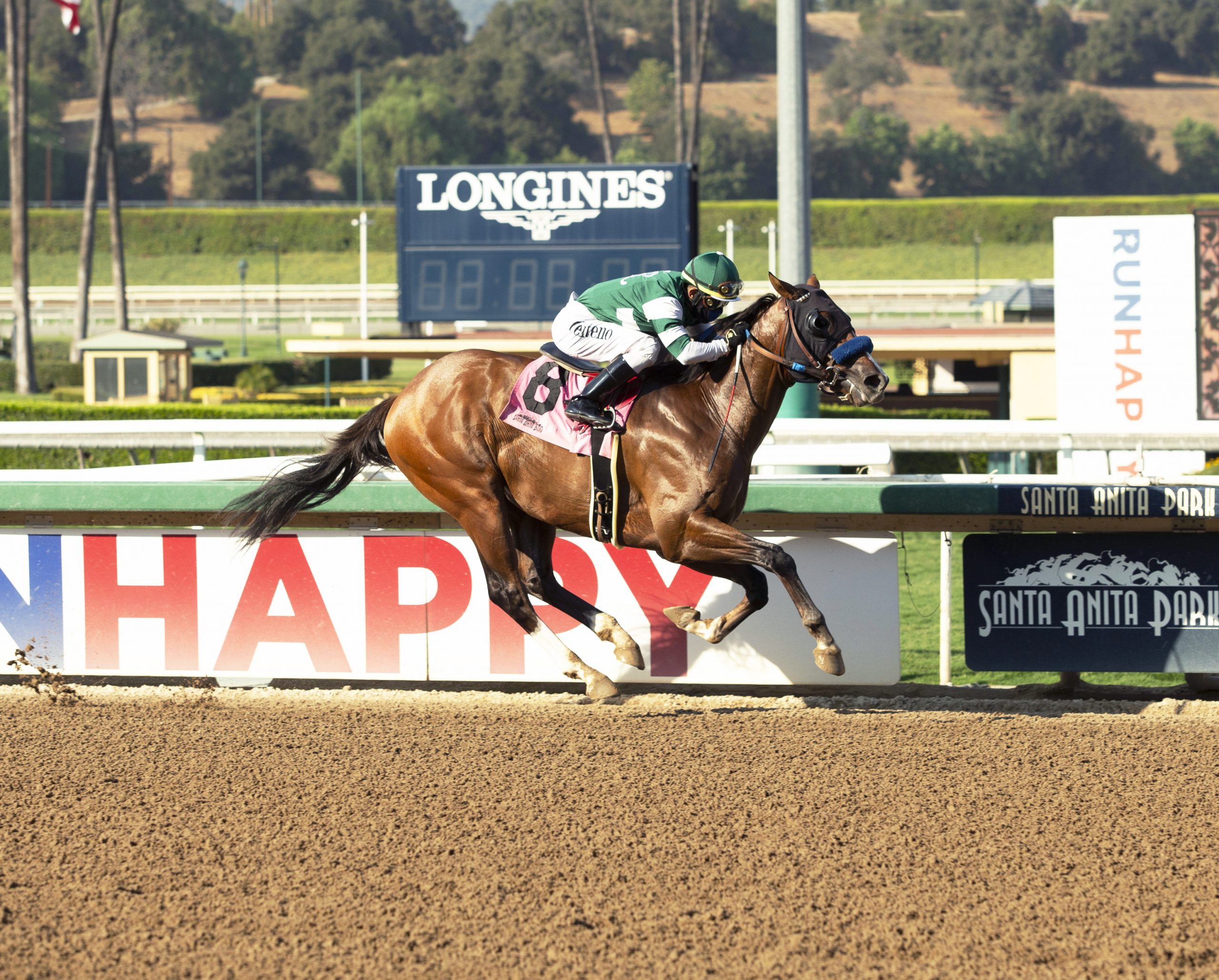 Going five and one half furlongs on the dirt with Alexis Centeno in the irons, Run Snappy had the lead by the quarter pole. He crossed the wire by nearly five-lengths clear in a final time of 1:04.77.

Bred in Ohio by Langsem Farm, Run Snappy is out of Floral Park (Forest Wildcat), making him a half-sibling to Grade 3 winner Heavenhasmynikki (Majestic Warrior), 4-time stakes winner and graded stakes-placed Dougs Buddy (Badge of Silver), and stakes winner Floral Sky (Sky Mesa). This son of RUNHAPPY was purchased for $230,000 at Keeneland September by Martin Anthony.