Art Collector, a Grade 1 winner with over $2.3 million in earnings, will stand at Claiborne Farm in Paris, Ky., upon his retirement from racing. 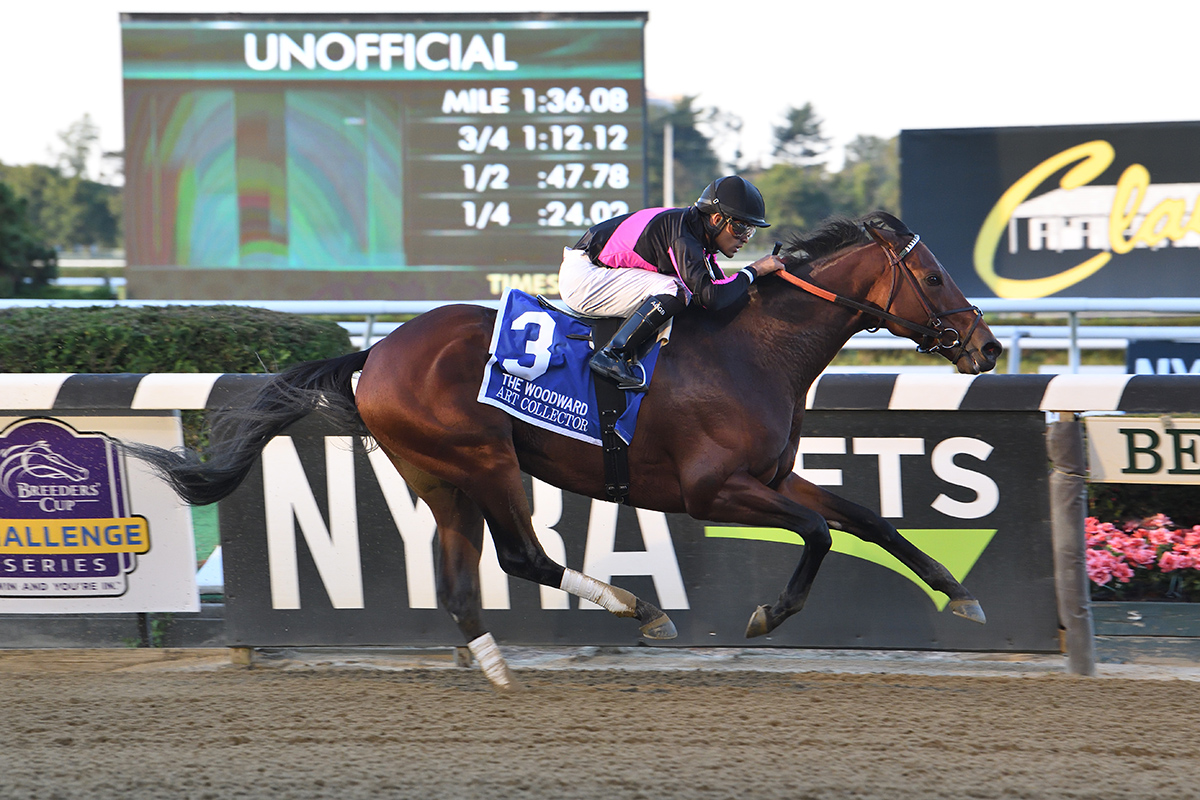 He has won 10 of 20 starts over a variety of distances and surfaces for owner/breeder Bruce Lunsford, highlighted by a front-running victory in the Grade 1 Woodward Stakes in 2021. He was first or second by the first point of call in eight of his 10 wins.

“We are thrilled to stand another exciting stallion prospect for longtime client Bruce Lunsford,” said Walker Hancock. “Art Collector has the qualities we look for in a stallion and we believe he will be very well received among breeders upon his retirement from racing.”

Art Collector has won graded stakes races each year from three to five. He entered national prominence following a four-race winning streak during his 3-year-old season with trainer

Thomas Drury Jr., highlighted by a 3 ½-length victory in the Grade 2 Blue Grass Stakes at

Keeneland over future Preakness Stakes winner Swiss Skydiver. He also led at every point of call in the listed Runhappy Ellis Park Derby to win by 3 ¼ lengths.

At four, Art Collector was moved to the barn of trainer Bill Mott and went on another notable winning streak, starting with a front-running score in the listed Alydar Stakes at Saratoga Race Course. He then drew off to win the Grade 2 Charles Town Classic by 1 ½ lengths.

Art Collector’s summer campaign culminated with a 1 ½-length triumph in the Grade 1 Woodward Stakes at Belmont Park, where he led at every call to defeat Grade 1 winners Maxfield and Code of Honor, as well as classic-placed Dr Post and Grade 3 winner Forza Di Oro. He earned a career-best 107 Beyer Speed Figure in the Woodward; one of his seven 100-plus Beyer efforts.