This weekend at Churchill Downs promises to be an exciting one for Claiborne with five 3-year-olds running in the Kentucky Derby (G1) and Kentucky Oaks (G1) having connections to the farm. 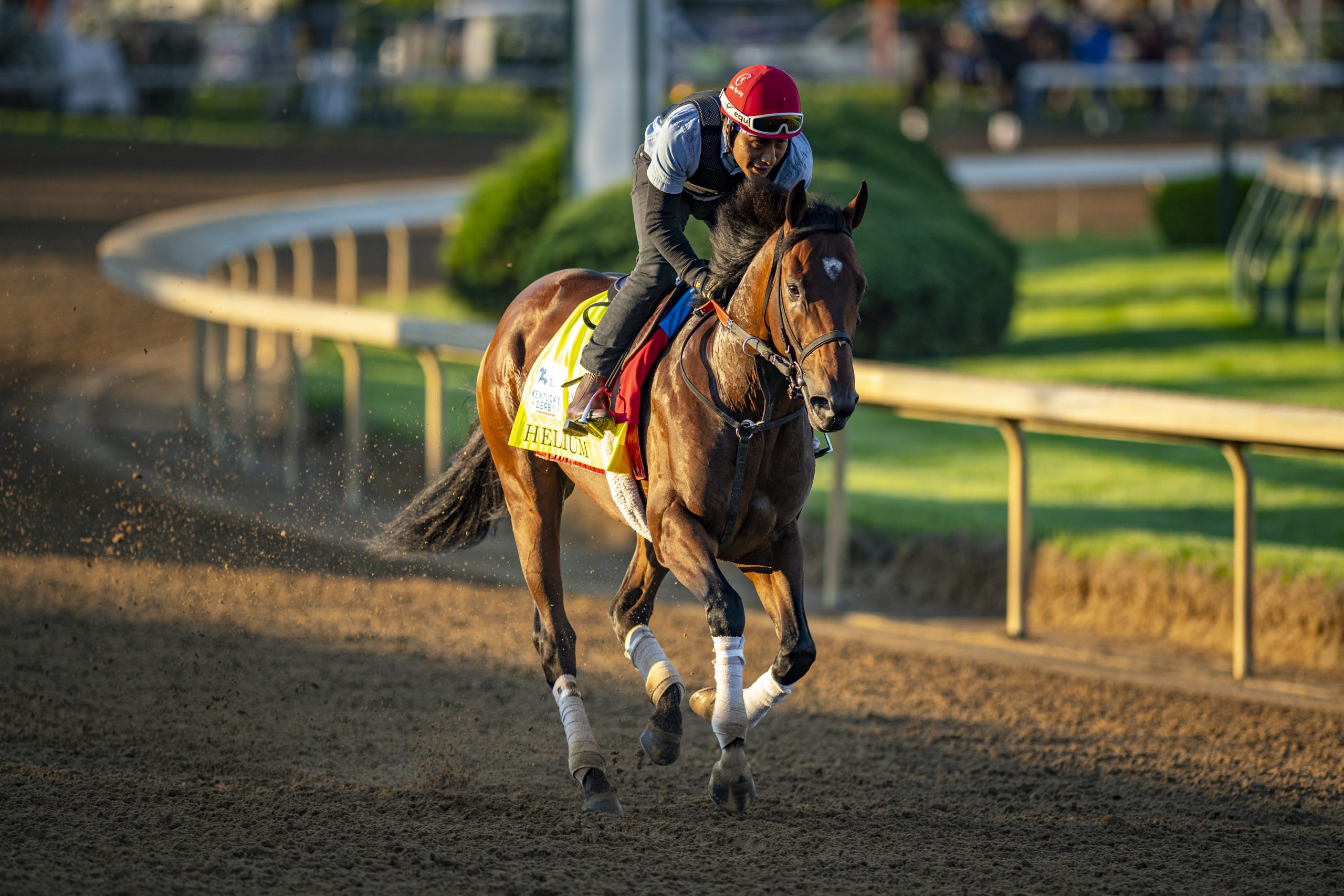 It’s an exciting time for young stallion IRONICUS, who from a limited first crop sees his Tampa Bay Derby (G2) winner Helium line up in the race.

A perfect three-for-three in his career with two stakes victories, the D. J. Stables-owned colt has made such a big believer of his owner that D. J. Stables also purchased the lone IRONICUS offering at last week’s OBS Spring Sale of 2-Year-Olds In Training Sale.

“He’s push-button,” trainer Mark Casse told Blood-Horse of Helium. “He does what he needs to do and that’s it. I’ve always said that he’s a better racehorse than workhorse. If you just watch him train in the morning, you would say he’s just average. But he has this habit. He doesn’t like to lose in the afternoon.”

ORB sends out O Besos, who finished third in the TwinSpires Louisiana Derby (G2) in his final prep. The earner of over $172,000, O Besos has finished in the top three in three of his five starts for trainer Greg Foley and owners Bernard Racing, Tag Team Racing, West Point Thoroughbreds and Terry Stephens.

“Our horse has shown improvement in every start so far,” Foley said. “We think leading up to the Derby he’s going to keep showing that improvement and run a big effort. He’ll be ready to make a run at the field at the top of the stretch.”

O Besos is a half-brother to stakes-placed Transatlantic Kiss and out of the stakes winning mare Snuggs and Kisses. Breaking from Gate 6, O Besos will be five spots inside of Claiborne raised and sold Dynamic One.

Bred by the Phipps Stables, Dynamic One is also co-owned by the longtime Claiborne supporter, who owns him in partnership with Repole Stable and St. Elias Stable. The colt was a $725,000 purchase by the other two owners from the Claiborne consignment at the 2019 Keeneland September Sale and has impressed in his last two starts.

Trained by Todd Pletcher, Dynamic One broke his maiden in March by 5 ¼ lengths before coming back less than a month later to lose the Wood Memorial Stakes (G2) by just a head.

A sixth generation homebred for the Phipps family, the colt’s family has long associations with the farm. His dam is a daughter of Storm Flag Flying, part of a dynastic family that has spent generations learning their early lessons in the Claiborne barns and returning at the end of their racing careers.

But before the colts can take the stage, the fillies star on Friday with FLATTER having two to cheer home in the Kentucky Oaks (G1)

Only weeks ago, FLATTER nearly pulled off a stakes double when seeing his daughters secure spots in the Oaks. Search Results stayed undefeated in the Gazelle Stakes (G3) only hours before Pass The Champagne finished short by just a head in the Central Bank Ashland Stakes (G1).

That 2 ¾ length Gazelle win was the FLATTER filly’s second straight victory and helped propel her 2-year-old full brother to a $625,000 price tag at last week’s OBS Spring Sale of 2-Year-Olds. It also played a large part in making her the 3/1 co-second choice on the Kentucky Oaks morning line in a field that sees only four fillies at odds of under 10/1.

“This filly, much like our Derby horse Highly Motivated, has good early tactical speed,” trainer Chad Brown said of Klaravich Stables’ Oaks runner. “They have shown they can be on the lead at any point, but are probably a touch better with a target. So, with speed signed up in the Oaks—there looks like there are some horses and I’ve seen some quick breezes here too—if somebody goes out there and she can lay in close proximity, that’s my ideal trip. Of course, whether you get your ideal trip in a horse race, is to be determined, but that’s what I’d like to see.”

Breaking from the 12-hole, Search Results is seven spots outside of fellow FLATTER filly Pass The Champagne.

Pass The Champagne showed she can stick with the big runners in this field when finishing just a head behind Kentucky Oaks favorite Malathaat in her last start. Never worse than second in her three starts, Pass The Champagne was a 2 ½ length winner of her February maiden in the race before her Ashland second.

The Kentucky Oaks is scheduled to go off at 5:51 p.m. ET on Friday with the Kentucky Derby scheduled for 6:57 p.m. the following day.