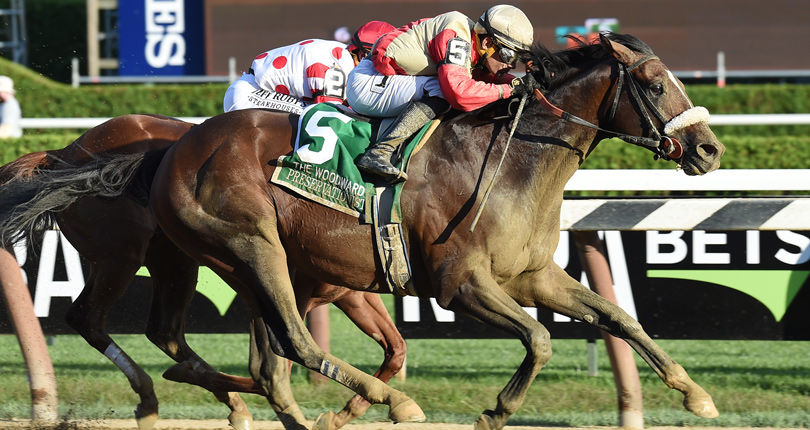 Preservationist capitalized on an aggressive mid-stretch move from jockey Junior Alvarado, splitting rivals between Tom’s d’Etat and Bal Harbour before kicking on for a half-length score, completing the 1 1/8th-miles in a final time of 1:48.11.

Off at 3-1, Preservationist returned $8.10 on a $2 win wager. The 6-year-old son of Arch won for the fourth time in five starts, including a 4 ½-length victory in the Grade 2 Suburban on July 6 at Belmont Park. Preservationist improved to 6-1-2 in 10 career starts and earned millionaire status with the victory, bringing his career bankroll to $1,037,300.

First Samurai’s Bal Harbour finished second for Red Oak Stable and trainer Todd Pletcher. It was the third consecutive runner-up effort in a graded stakes for the 4-year-old, who also earned blacktype in the Grade 3 Monmouth Cup in July and the Grade 3 Philip H. Iselin in June at Monmouth Park.