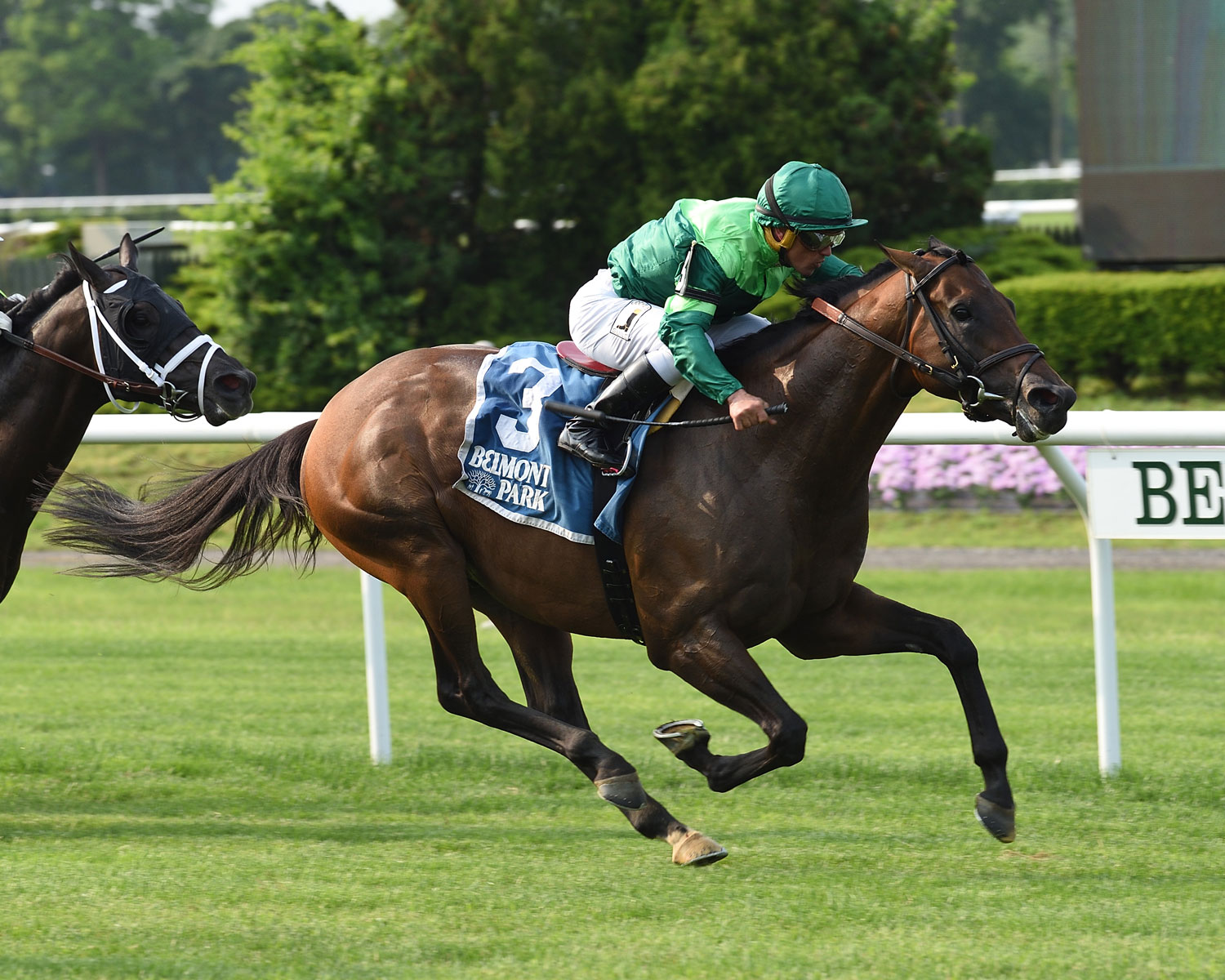 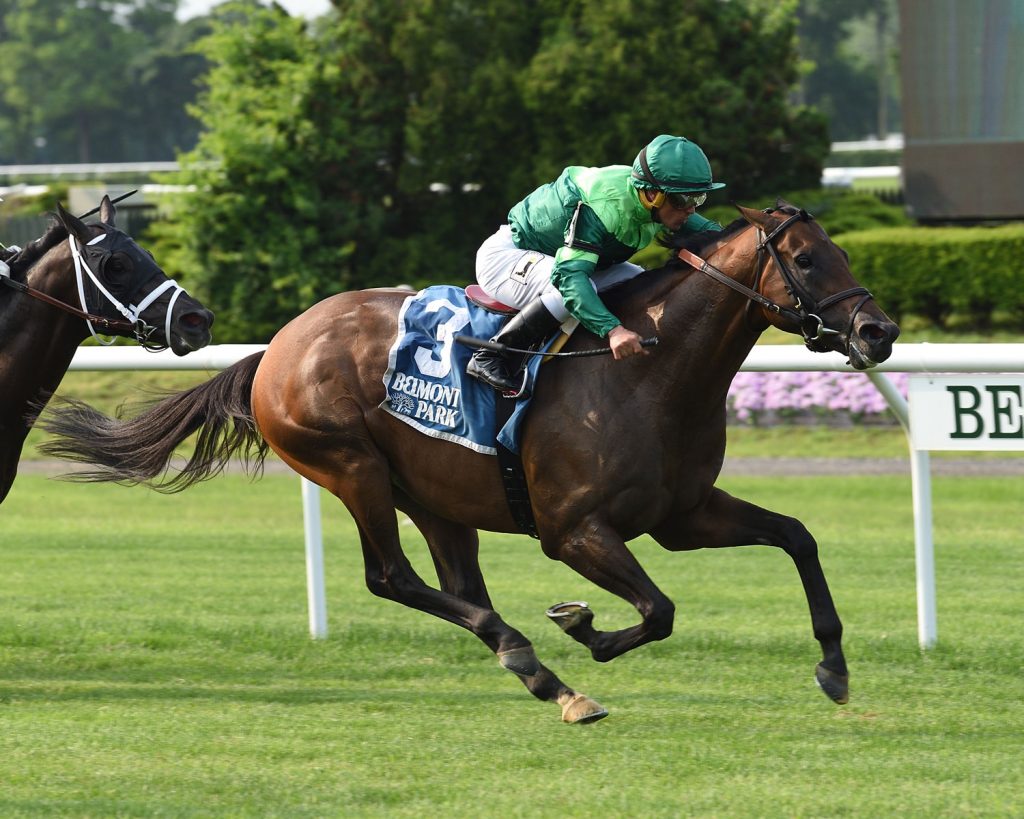 Breeding:  Demarchelier (GB) is by Dubawi (IRE) out of the Sadler’s Wells mare Loveisallyouneed, herself a full sister to Group 1 Irish One Thousand Guineas winner Yesterday as well as Group 1 Moyglare Stud Stakes winner Quarter Moon. Under his first 3 dams, Demarchelier (GB) boasts an impressive eight G1W’s. Demarchelier’s (GB) sire Dubawi (IRE) is among the world’s leading sires, and the only British stallion to ever sire over 100 group/graded stakes winners. While there is plenty of turf influence within his pedigree, Demarchelier (GB) is also provided with significant dirt influence through Seeking the Gold and Mr. Prospector. Demarchelier (GB) was purchased by Peter Brant’s White Birch Farm for $592,486 at the Tattersalls October Yearling Sale in 2017.

Race Record:  This regally-bred son of Dubawi (IRE) won upon his juvenile debut at Aqueduct in a thrilling stretch duel with subsequent stakes winner and multiple graded stakes performer Seismic Wave. His determined victory in that contest earned the colt “TDN Rising Star” status as one to watch heading into this year.

Demarchelier (GB) kicked off his three-year-old campaign with a decisive allowance victory at Keeneland this spring, again going a mile and one sixteenth on the turf, while defeating a field of twelve that included Award Winner, the graded-stakes placed half-brother to multiple Grade 1 winner Oscar Performance

Testing graded stakes company for the first time, and stretching out to a mile and an eighth, Demarchelier (GB) captured his third consecutive victory, remaining undefeated in three starts, when he took the $200,000 Pennine Ridge Stakes (Gr. 3) at Belmont. Despite getting bumped and forced six wide in the upper stretch, he showed a remarkable turn of foot to close stoutly, battling his old foe Seismic Wave to the wire and winning by a neck. Among those left behind were Henley’s Joy and Social Paranoia, who would go on to finish first and second respectively in the Belmont Derby Invitational Stakes (Gr. 1) in their next start.

The undefeated Demarchelier (GB) returned to face a deep field of fourteen in the Belmont Derby Invitational Stakes (Gr. 1) on July 6th. After taking a bad step near the half mile pole, he was placed under a protective hold and pulled up before finishing the race.

Stud Career: Demarchelier (GB) is new to the Claiborne roster for 2020 and will stand for a fee of $5,000 LFSN. We look forward to a very bright future with this impressive stallion! 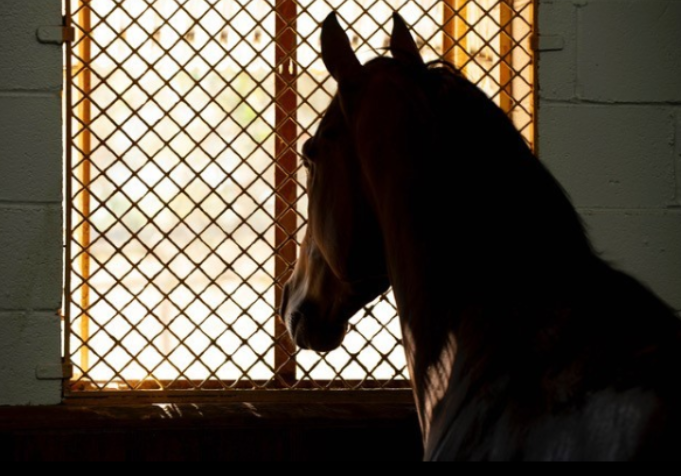 Here’s what Demarchelier (GB)’s groom Kyle had to say about the bay stallion:

Tell us a little bit about Demarchelier (GB)’s personality. He is a gentle and easy-going stallion.

Does Demarchelier (GB) have any quirks/funny habits? We are currently working on him getting used to eating peppermints, he chews them with his front teeth which is funny to watch!

What are Demarchelier (GB)’s favorite things? He loves back scratches, especially by his withers.