Flatter’s 3-year-old son Avie’s Flatter, winner of the Kentucky Utilities Transylvania (G3) at Keeneland April 5, was among the winners at the 44th annual Sovereign Awards in Canada April 18. 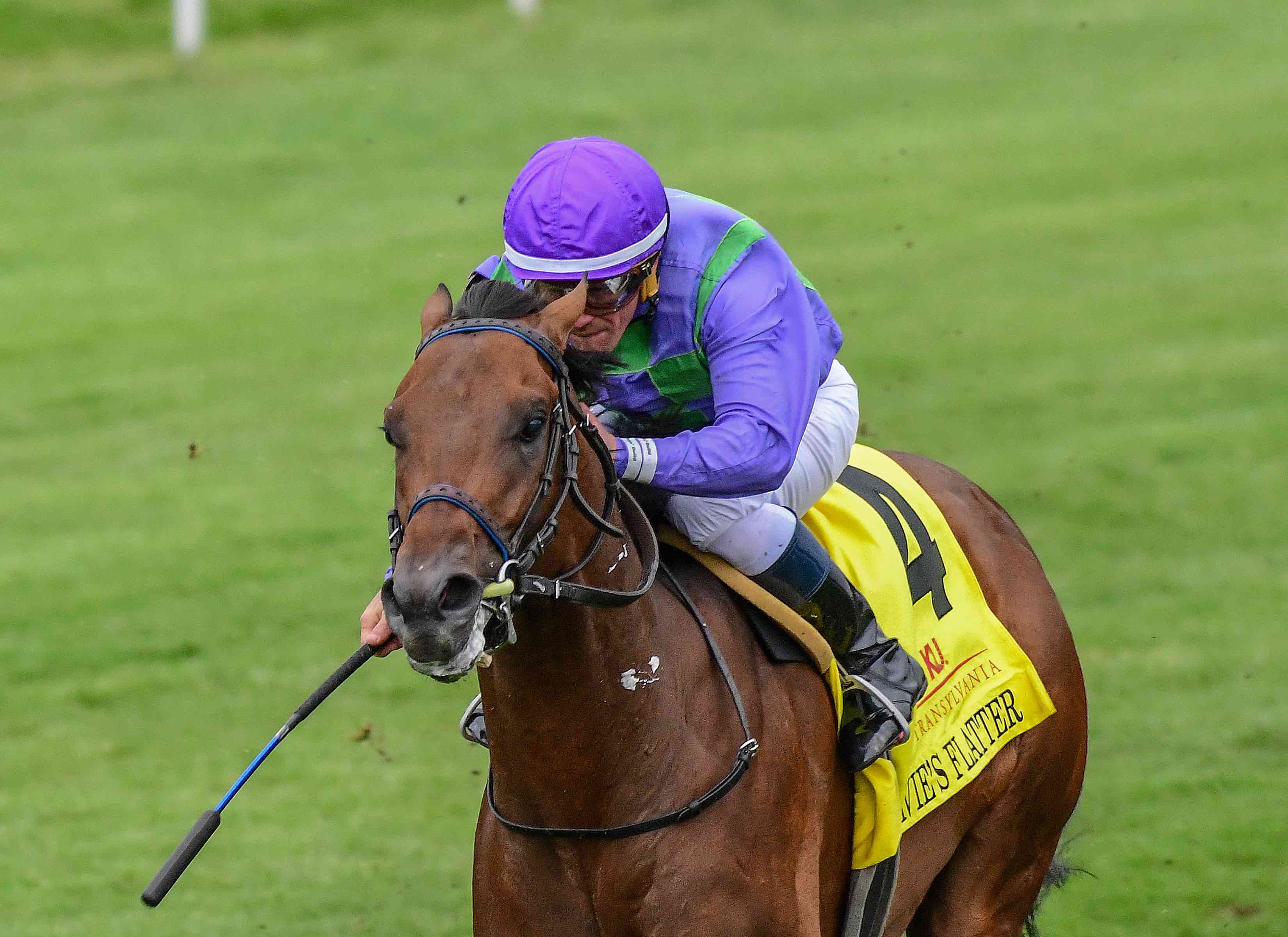 Avie’s Flatter was named Canada’s outstanding 2-year-old male of 2018. Trained by Josie Carroll, he is being pointed to the $400,000 American Turf (G2) at Churchill Downs on May 4.

In March, Avie’s Flatter was listed as the leader of a list of 3-year-old Thoroughbreds nominated to the Canadian Triple Crown, which opens with the $1 million Queen’s Plate on Saturday, June 29 at Woodbine Racetrack.

The colt was assessed as the early 3-1 favorite in this year’s edition of the Queen’s Plate Winterbook by the Daily Racing Form.

Avie’s Flatter went three-for-four and earned more than $250,000 during a juvenile campaign that included back-to-back victories in the Cup and Saucer Stakes over 1-1/16 miles of turf and the Coronation Futurity over 1-1/8 miles on the Tapeta surface at Woodbine.